Naoki Yamamoto Will Drive For Toro Rosso In FP1 At Suzuka

Last year, Yamamoto won both the Super GT championship (alongside a certain Jenson Button) and the Super Formula championship – and he’s currently leading the 2019 Super Formula title battle with just one race remaining. As a result, he theoretically has enough superlicence points to become an F1 driver and, as a Honda-backed driver, that opens up certain doors – especially as Honda powers perhaps the two most ‘driver-fluid’ teams on the grid.

For a while, it looked like all of these factors meant that he’d get to actually race for Toro Rosso in his (and Honda’s) home grand prix, but it’s now been confirmed that he’ll ‘only’ be doing FP1 instead. Well, I say ‘only’ – getting to experience driving an F1 car is awesome enough, but to do it at Suzuka, one of th ultimate drivers’ circuits? That’s going to be a pretty darn incredible experience for him.

Yamamoto will take Pierre Gasly’s place for the session and said of his upcoming opportunity:

“I am delighted that I will get to drive a Formula 1 car this weekend, something which has been a dream of mine since I was a kid. To get this chance at Suzuka, a very important circuit for all Japanese racing drivers, in front of such a big crowd of Japanese fans, will make the experience even more special. I have prepared as well as possible for this, spending time as part of the Toro Rosso team at several Grand Prix weekends and I have also worked in the Red Bull simulator.

“My main aim in FP1 will be to do a good job for the team, gathering data and information which will be useful for them over the weekend. On a personal note, I want to enjoy the experience of driving an F1 car as much as possible and I will be trying my very best to get the most out of it. It will be a special moment and I’m glad I will get to share it with the fans at this amazing race track, where I first watched Formula 1 cars in action 27 years ago.”

It’ll make Yamamoto the first Japanese driver to take part in an F1 weekend since Kamui Kobayashi drove for Caterham in the 2014 Abu Dhabi GP. If all goes well, could it lead to Yamamoto getting a full-time drive in the future? It’s probably rather unlikely. Unless he does outrageously well in FP1 and the team can see hints of something special, it’d be hard to see Red Bull booting Gasly, Daniil Kvyat, or Alex Albon from a drive merely to appease Honda, unless Honda has some massive internal clout or something hidden in a contract that stipulates the need for a Japanese driver at Toro Rosso.

It’s an interesting situation because it seems like we will see a Japanese driver in F1 at some point soon – the only questions are how soon, and who will it be? 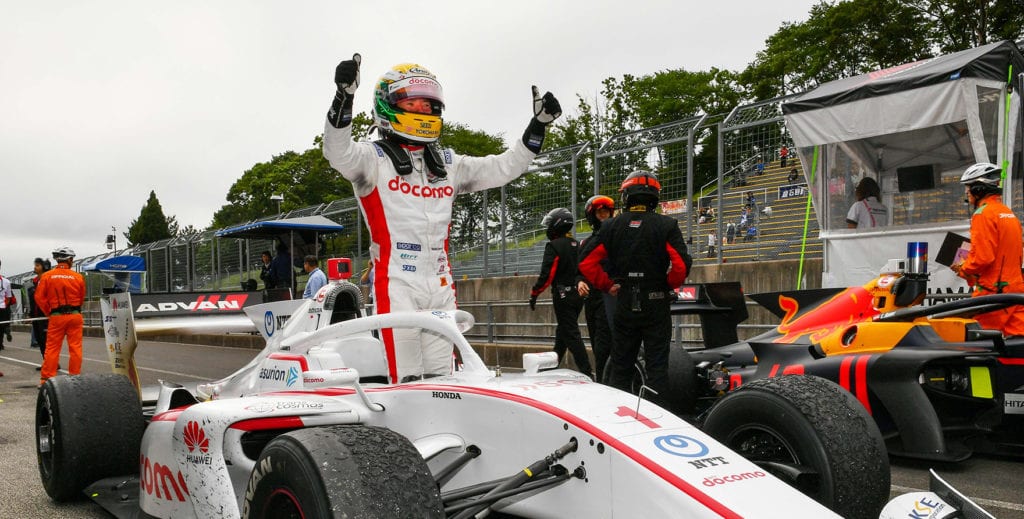