On his birthday, we look back at the strange record Narain Karthikeyan holds from his time in F1.

His 2005 campaign with Jordan featured many retirements and disappointing finishes outside the top ten. However, during the 2005 United States Grand Prix, Karthikeyan finished fourth in one of the weirdest races F1 has ever seen.

Out of the 20 cars that entered the race, only six drivers competed. Ferrari, Jordan and Minardi all used Bridgestone tyres, whereas the other seven teams relied on Michelin. Over the weekend, several Michelin tyre failures occurred and in some cases caused injury to drivers such as Ralf Schumacher. The teams that used Michelin tyres decided that it was not safe to compete, leaving just six drivers to start the race.

Ferrari’s Michael Schumacher won the race, because of course he did. His teammate Rubens Barrichello came across the line in second, with the Jordan of Tiago Monteiro earning his first – and only – podium of his career.

Monteiro and his teammate, Karthikeyan, finished a lap behind the two Ferraris. Their results earnt both Jordan drivers their first championship points and meant Karthikeyan became the first Indian driver to score points in F1.

However, the funny statistic from Karthikeyan’s career occurred during the 2011 European Grand Prix. In a rare circumstance, all 24 drivers that started the race crossed the finish line. This achievement saw a new record set for the most finishers at a Grand Prix event.

He finished 23rd at the 2011 Chinese Grand Prix earlier that year in his Hispania Racing F1 car. Before that European Grand Prix, the last time a race had no retirements was in 2005 for the Italian Grand Prix. Who was last place then I hear you say?

I’ll let you take a guess.

Happy Birthday Narain and please forgive us for bringing this up. We love you really. 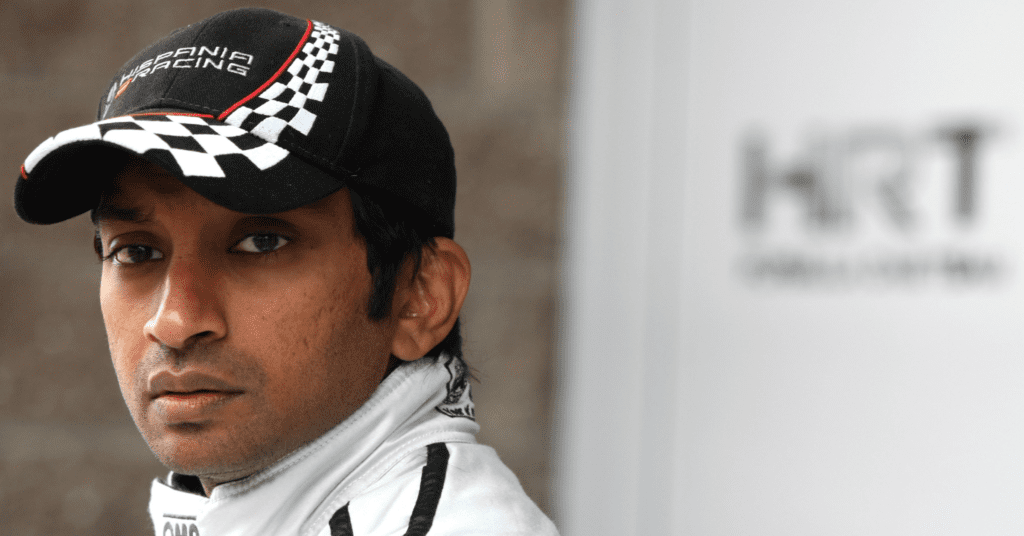