NASCAR Is Racing On Dirt This Weekend And It Looks Unbelievably Awesome – WTF1
Skip to content
×
Fun , Nascar , News

No, your eyes do not deceive you. NASCAR is racing on dirt this weekend for the Bristol Dirt Race! How insane is that? For the first time in over 50 years, the NASCAR Cup Series is racing on clay, and it’s fair to say we’re obsessed.

The circuit NASCAR is racing on isn’t a traditional dirt track. Instead, the Bristol Motor Speedway and its concrete surface have been converted. Since January of this year, over 21 kilometres of dirt from three nearby sites have been helping transform the track into this temporary course.

Sunday’s race will be the first time that the Cup Series has raced on dirt since 1970. The event happened over 50 years ago at the North Carolina State Fairgrounds in Raleigh and saw racing legend Richard “The King” Petty win the race.

Even watching practice, we all have a massive grin on our face, and I’m sure you’re feeling the same.

So, why is NASCAR doing this apart from the fact it looks totally awesome?

Well, Bristol Motor Speedway – the venue – has seen quite the decline in ticket sales over the last few years. There were discussions about the possibility of hosting a ‘novelty race’ of kinds to spice up the Cup Series, and Bristol was happy to help!

The venue already had experience covering its concrete in clay when it hosted the World of Outlaws in 2000 and 2001. When it held these WoO events back in the early ’00s, attendance would be high due to the dirt track circuit’s strange nature. The circuit hopes that with increased attendance and Bristol getting so much media attention from the event, it will benefit the venue down the line.

It’s certainly the talk of the town at the moment!

If you want to see how the dirt track was constructed, check out this video from NASCAR. 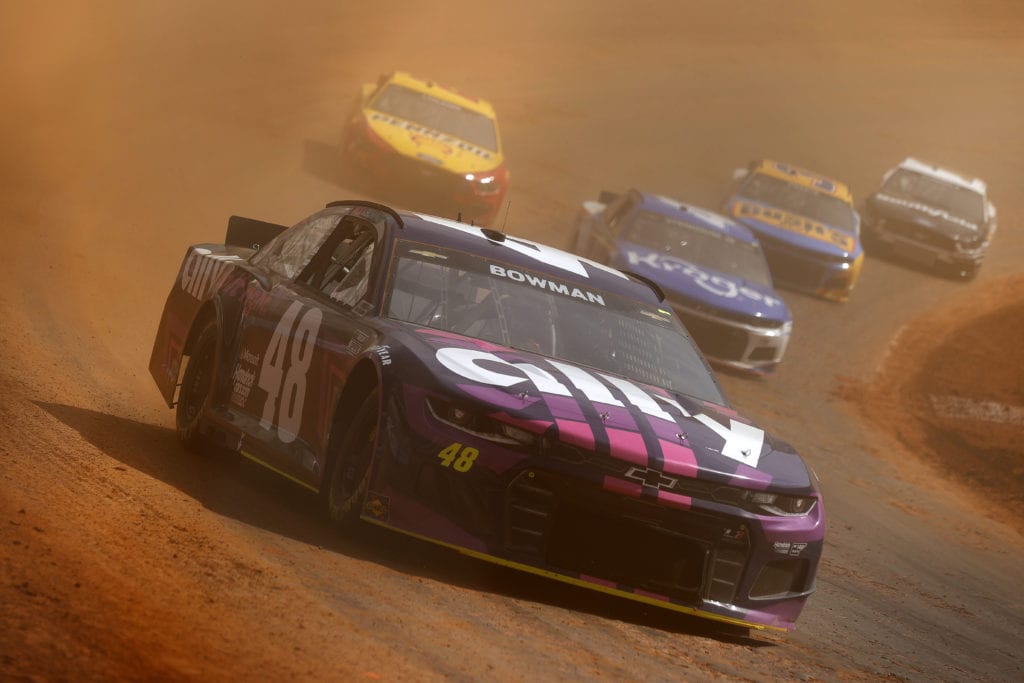