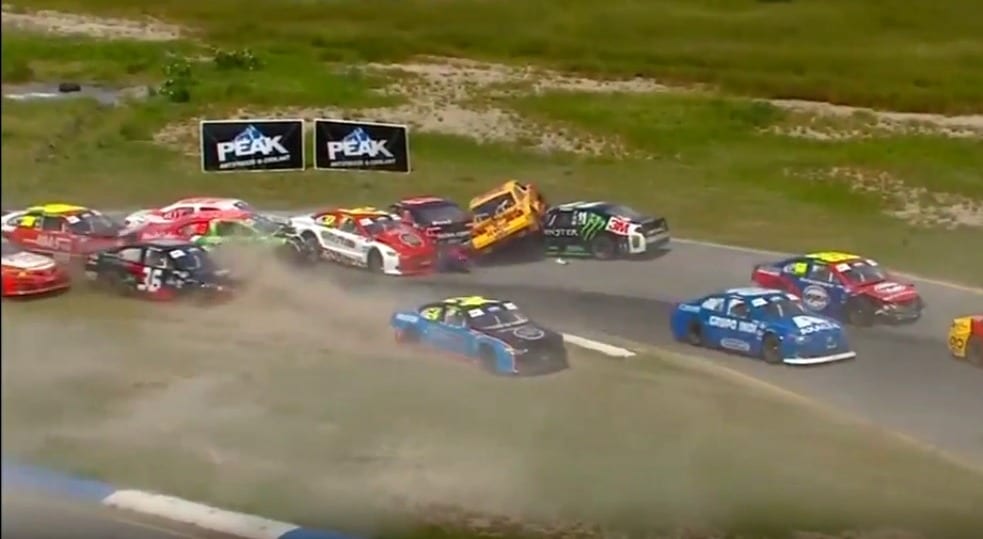 It’s both ironic and hilarious that the Nascar series in Mexico is named Nascar Peak because this crash at the Autodromo Monterrey is definitely peak Nascar.

The race didn’t last much longer than one corner for some cars, after an attempt to go three-wide through the opening chicane predictably ended in tears.

The No.77 machine spun around the No.11 car, which sparked a chain reaction behind. One car ended up on the bonnet of another and a lot of them suffered damage.

It unsurprisingly caused a red flag with so many cars and a big chunk of the track blocked.