Set in the city of Hanoi, the Vietnam race is set to be the only completely new race to the F1 calendar – seeing as the Dutch Grand Prix will be making its return from a 35-year absence. The track has 22 corners throughout a 5.5km lap and has a Baku-type feel to it, with walls lining the track and the city skyline in the background. A map of the track was released late last year, once the race had been announced, and a driveable version of the circuit exists on simulators like Assetto Corsa.

It’s a mix of fresh corners as well as tributes to some famous complexes from current and past F1 tracks, like Monaco, Suzuka and the Nurburgring’s GP layout. No surprises with the latter, as F1’s resident tarmac architect Hermann Tilke designed the section chosen and the whole of the Vietnam track.

Top speeds are expected to exceed 330km/h down the 1.5km-long back straight – which comes after a long and rather bulbous hairpin – and should make for a very exciting braking zone into the next left-hander. Hopefully the DRS zone isn’t too big down said straight, otherwise the “exciting braking zone” comment may have to be redacted. The hairpin supposedly has one of the more desirable grandstands running around the outside, giving fans seated there a chance to see the straights leading up to and out of the corner. There’s also a decent overtaking opportunity into the complex as well.

We’re still not sure about when the race will take place, but early predictions suggest that it will be around April. The average temperatures for that time of year seem to be in the mid-20s, but outside of the traditional monsoon season.

Are you excited to see F1 venture into a new country? And if not, let us know why in the comments. 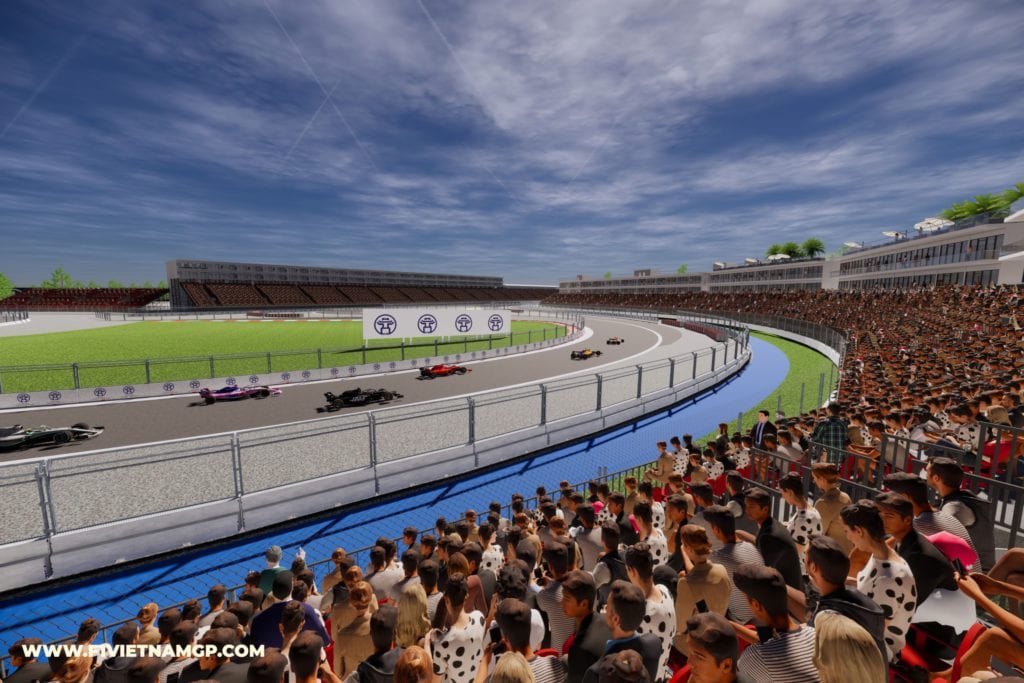