I’ll always get excited about a motorsports documentary, especially one that attempts to shed light on a less well-known driver or aspect of the sport, rather than a simple retelling of a story we’ve all already heard a thousand times. In that sense, Rapid Response already gets a big tick.

It’s based on the book of the same name which was written by Dr Steven Olvey, medical director of CART from 1979 to 2003. Kind of the IndyCar equivalent of F1’s Dr Sid Watkins, if you will. The documentary takes a look at how medical support – or rather, the near-complete lack of it – affected the Indy 500 (and other USAC/CART event) in the 1950s and 60s, and how that evolved over the decades under the guidance of Olvey and his colleague, Dr Terry Trammell.

The presentation isn’t exactly ground-breaking – the whole thing is mostly just archive footage mixed with interviews and insight from personnel and drivers. But just because it’s not flashy on the surface, it doesn’t mean the underlying content is dull – far from it, in fact.

Some of the anecdotes (particularly from the early days) are truly staggering and make you realise just how lax the attitudes to safety once were. From an F1 perspective, we know that the lack of safety barriers, run-off, proper marshalling and such have contributed to plenty of unnecessary injuries and death. In Rapid Response, that’s taken to a whole new level.

At some circuits, any fan could simply apply to be a safety worker (regardless of qualifications and experience) and be rewarded with a prime view of the action. There’s one story about how a circuit doctor decided to get drunk on the morning of the race, and another about an injured driver who fell out of the back of an ambulance. You’re rarely more than a few minutes away from being enlightened, shocked, or in some cases, even having a chuckle at the absurdity of it all.

There are the inevitable stories of how advances in safety procedures were met with backlash from individual circuits and promoters, but the real meat of the documentary comes when they dive into the realisation that the best way to deal with injured drivers is simply to try and prevent them in the first place.

As someone whose grasp of IndyCar only loosely extends beyond the last decade or so, many of this information was new to me and I found it fascinating to learn that, in many ways, IndyCar was at the forefront of a number of motorsport safety innovations.

The potential downside to all of this is that, as the documentary revolves around the response to crashes, there is a lot of footage of genuinely nasty accidents, many of which were fatal. It can be a very tough watch, even for those with the most hardened sense of morbid curiosity.

Some might find the sheer amount of crash footage to be too much, but for me – given the subject matter of the documentary – it just manages to be relevant enough to the narrative to keep away from being gratuitous. If anything, the inclusion of so much accident footage only serves to reinforce the point that change was desperately needed, and has also given me a much greater appreciation for just how lethal motorsport was back in the 50s and 60s.

Learning new things and acquiring knowledge can be great fun, but it’s not always going to be easy – and Rapid Response is a perfect example of that. It’s certainly ensured that the book is next up on my reading list. 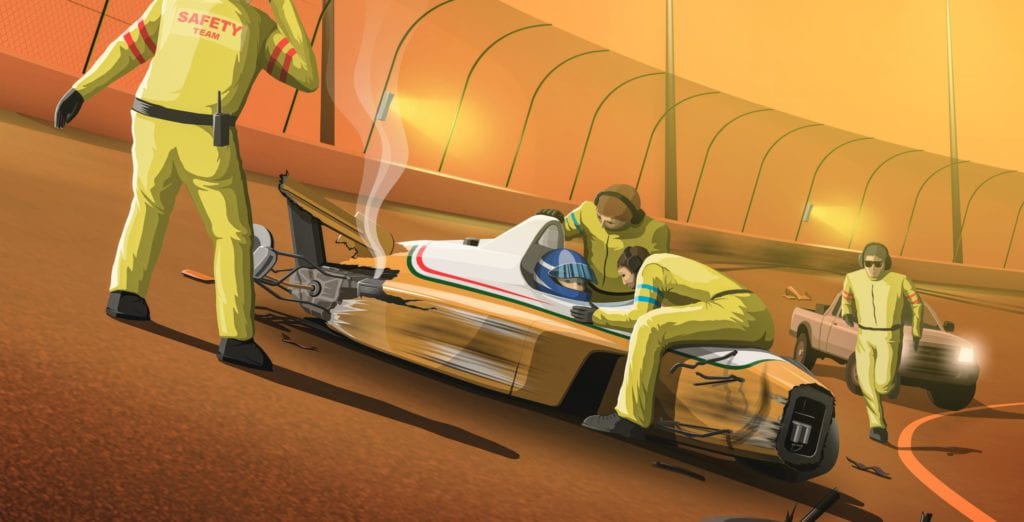