Started by Formula E founder Alejandro Agag and IndyCar legend Gil de Ferran, as new racing championships go, Extreme E is fairly crazy. Imagine an entire championship contested on the kind of tough terrain seen in the Dakar Rally, but where the cars are racing against each other, and where the main paddock is on a boat.

Yes, a ship. Former Royal Mail vessel RMS St Helena will not only carry all of the supplies from race to race but also act as the main hub of operations and paddock for the teams. XE hopes to have 12 teams ready for the first season in 2021, each fielding one car, with the hope being that manufacturers want to get involved. Similarly to Formula E, things like the batteries and the chassis will be spec parts, with teams able to develop their own bodywork and powertrains.

So far there are five rounds planned for the inaugural season, all of which take place in some of the most remote and extreme locations in the world: the Amazon, the Arctic, the Himalayas, islands in the Indian Ocean and the Sahara desert. Appropriate, given the name of the series!

Unlike many other off-road competitions, XE won’t be a simple timed rally. The competitors will be divided into two groups of six, with the racers competing against each other directly across a number of short stages. The top four from each group will then go through into a knockout phase to decide the overall winner.

Because of the difficulty of broadcasting such a thing live, XE rounds will instead be presented in a documentary style – or ‘docu-sport’, as the series calls it.

The whole idea is, as you’d expect, to promote electric vehicle technology around the world, as well as bring attention to the damage climate change is doing to the locations the series visits. It’s all about raising awareness and putting on a good show in the process. It’s a shame we have to wait another two years to see how it turns out because it sounds… well, extreme!

And who knows, by then, Fernando Alonso might be looking for another racing discipline to be successful in… 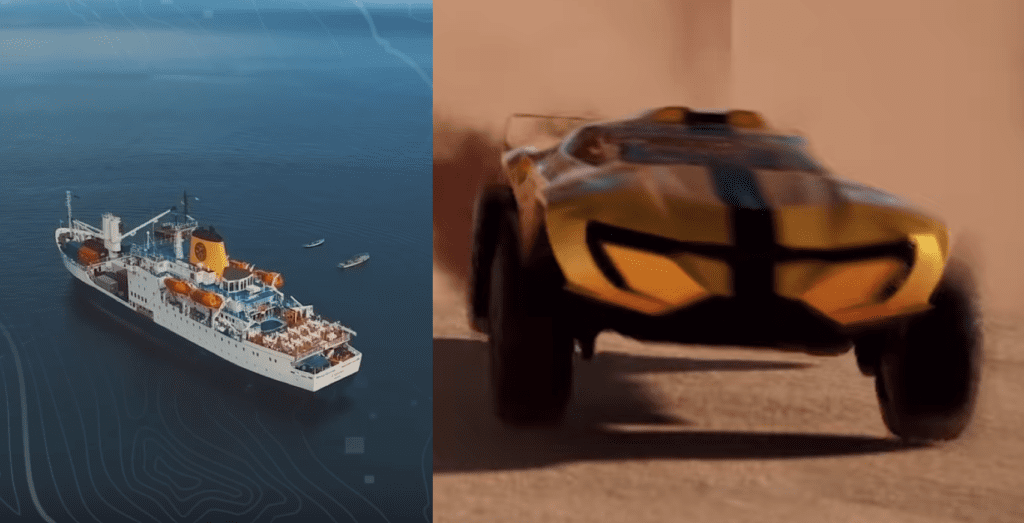