We have now seen just how much quicker the new breed of F1 cars are, but drivers are also reporting back just how monstrous they are on track too.

Lewis Hamilton crushed the previous Albert Park Circuit lap record in qualifying for the Australian Grand Prix, with his pole time of 1:22.188.

The cars visually look much faster on track and on TV too, but Haas racer Grosjean has revealed just how much tougher they are on the drivers too.
He’s described them as “brutal” and admitted the drivers are now experiencing close to 8G in forces through the high-speed sections, due to the fatter tyres and increased downforce levels.
RoGro told media in Melbourne:

“The cars are brutal to drive – we are not far from 8G with the peak in high corners – so it is pretty good fun. But it is hard on the body, it is hard on parts, it is hard on the cars. You better not miss the turning point on some places. The speed we go through the corners is insane compared to the past. You need to be more precise, more accurate, more on it, and the body gets a pretty tough time into some corners so it could be.”

“It is incredible, the best I have ever experienced here. The grip is fantastic, the aero makes such a drastic difference. You can push deep into the corners, it is amazing. I’ve not had the car skating around on the low grip tyres we have had in the past, so [it is] very exciting to drive.”

Mercedes boss Toto Wolff probably summed the 2017 cars up best when he simply said they are “real monsters”. It’s good news for the drivers, and also good news for the fans too.
And just think – this is only the beginning! 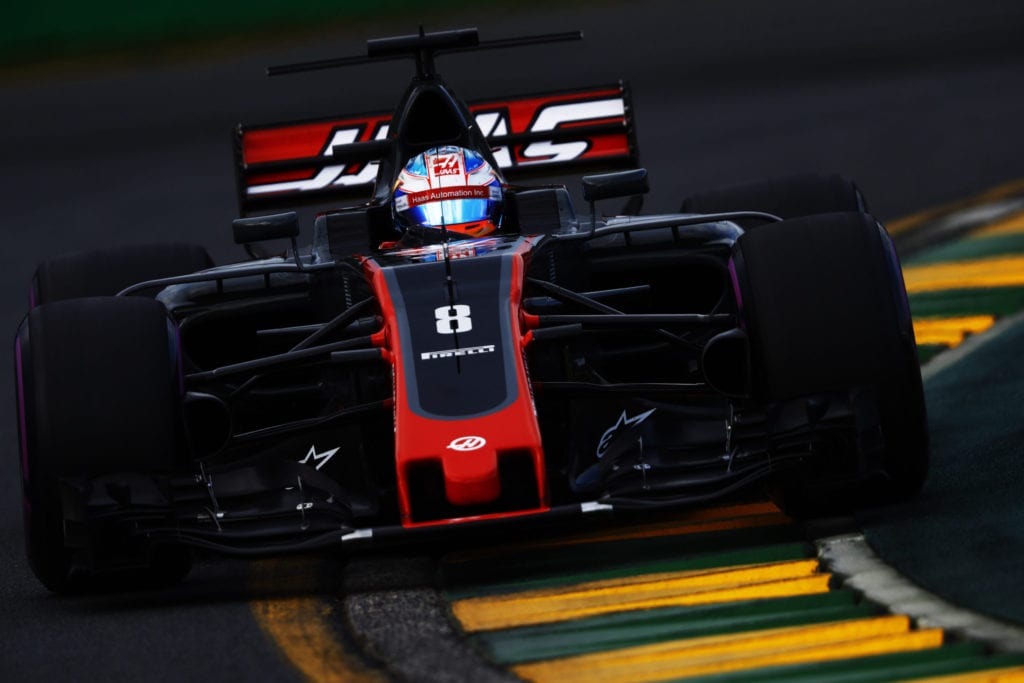