There are a few things that come to mind when you think of the 2008 British Grand Prix. There’s Hamilton’s crushing victory, Rubens Barrichello’s unlikely third place for Honda, or maybe Felipe Massa’s multiple spins.

But it was the guy who finished second who provided a good deal of the excitement. Quick Nick outdrove everyone who wasn’t called Lewis Hamilton and pulled off some excellent overtakes along the way, but ended up being overshadowed (as usual) by everything else that was going on.

He managed a brilliant double-pass on Timo Glock and Fernando Alonso at Luffield and then made it three overtakes in less than a lap by passing Jarno Trulli a few corners later.

As if one double-overtake in the race wasn’t enough, he then managed another one – at the same corner – on the Finnish duo of Kimi Raikkonen and Heikki Kovalainen. That was arguably even better.

It was one of eight second places Heidfeld had during his F1 career, which he finished with the unenviable record of having taken the most podiums without ever winning. You’d have thought that once, just once, the luck might have fallen his way, but it wasn’t to be.

But when you drive a brilliant race like that and the only person that can beat you is an all-time great who was feeling particularly inspired, then maybe it isn’t so bad. 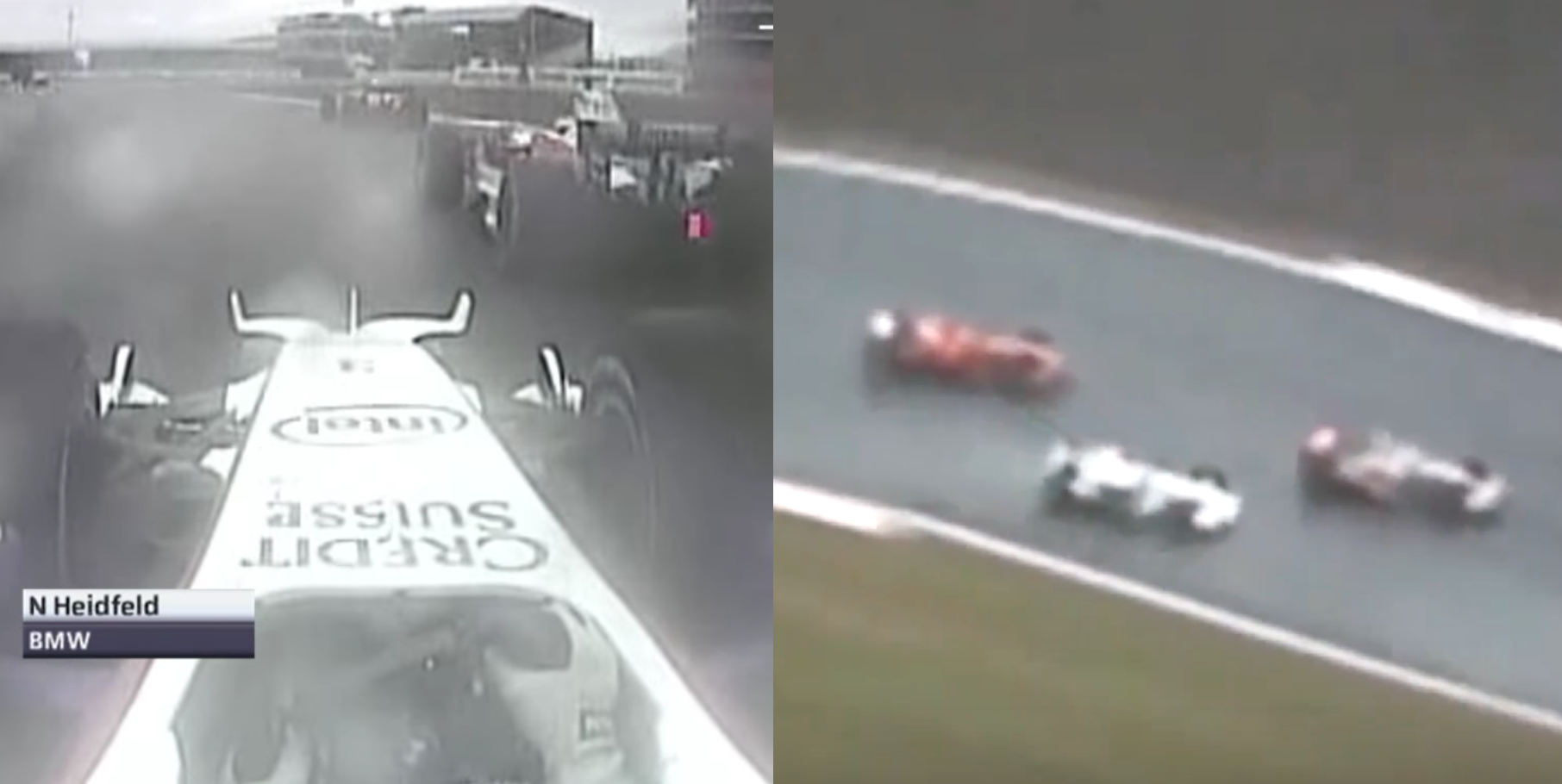