Something getting lost in the post is a pretty annoying first world problem and naturally is quite an annoying feeling.

But, when that item in the post is a F1 drivers’ championship trophy, we imagine the emotions were more like panic and anger.

Yep, 2016 F1 champ Nico Rosberg said his trophy got lost in the post for five days before his trip to the Goodwood Festival of Speed.

He was reunited with a Mercedes W05 F1 car for demo runs at Goodwood and sent the trophy too, but it got lost on its way to the event. Oops.

It was missing for five days before being returned to his possession, which is very good news indeed and was probably a massive relief.

Rosberg – who is enjoying retirement after his shock announcement at the end of last year – admitted the terrifying problem during the F1 Live London event in Trafalgar Square, telling the crowds:

“It is very special to me, of course, but I’ve had a massive scare because we sent it off to Goodwood recently—with super-high security—and it got lost.

“It was gone for five days. This means so much to me! So, I had some restless days, but now it’s back. It was lost, it was lost in the post! But it’s all good now, so I’m very happy.” 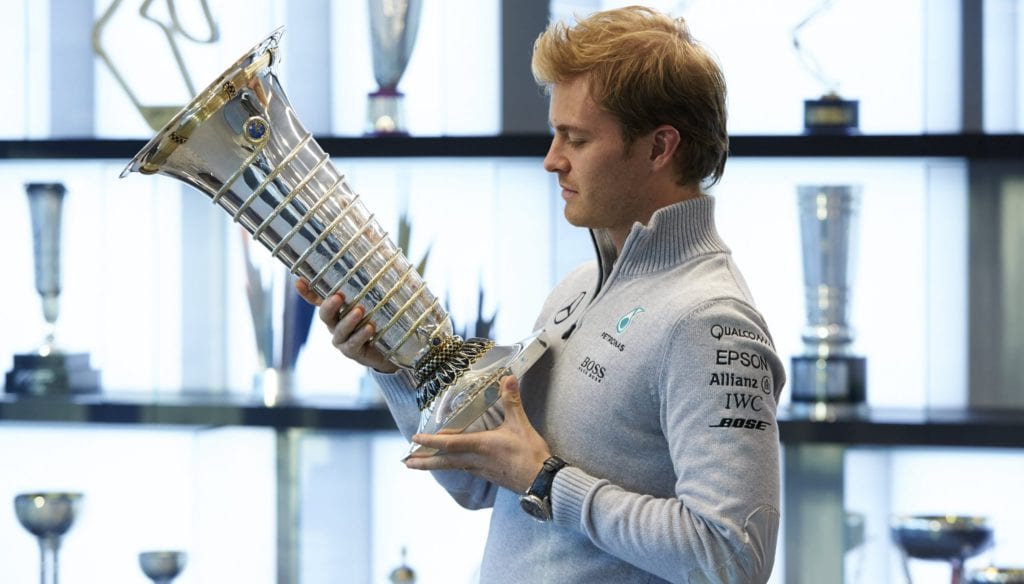