Niki Lauda Is Recovering In Hospital After A Successful Lung Transplant

Following his horrific crash at the Nurburgring in 1976, it’s amazing that Niki Lauda survived at all, let alone returned to racing after just six weeks and went on to win two more championships. He also ran an airline, was team principal at Jaguar’s F1 team, and is now a non-executive chairman at Mercedes. Not bad for a guy who was given the last rites after his crash!

However, the smoke and fume inhalation he suffered in that accident caused severe damage to his lungs. The 69-year-old was recently admitted to hospital in Vienna with what began as a bad cough, but turned out to be a lung infection.

As a result, on Thursday, he had to have surgery. A statement from the hospital read:

“Due to a severe affection of the lungs, Niki Lauda had to undergo a lung transplantation at the AKH Vienna today. The transplantation was done successfully by Walter Klepetko, head of thoracic surgery, and Konrad Hotzenecker.

“We kindly ask for your understanding that the family won’t give any official statements and we ask to protect the privacy of the Lauda family.”

Here’s to wishing him a speedy recovery and hope that we see his straight-talking self and his trademark red cap back in the F1 paddock soon. 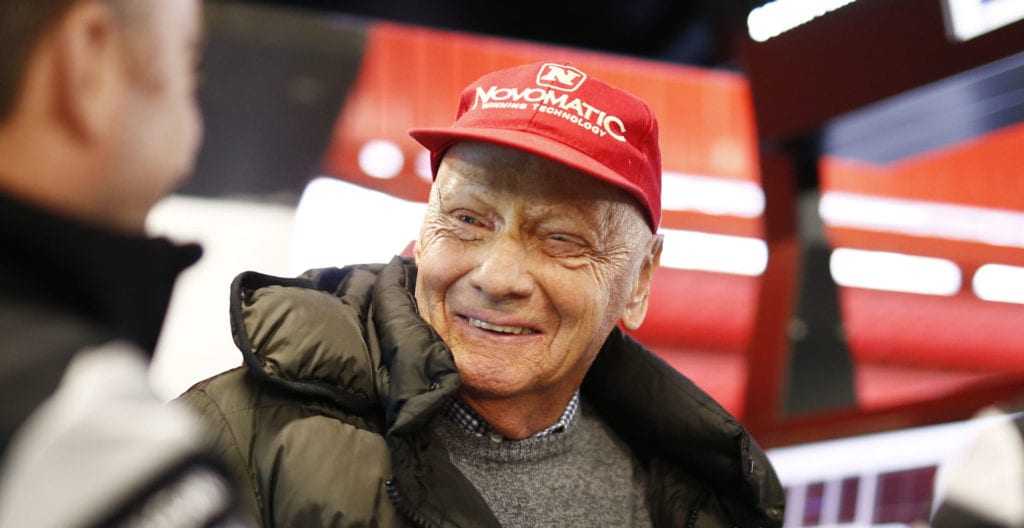