No Team Orders At Red Bull As The Drivers Will Be Allowed To Race Each Other – WTF1
Skip to content
×
Formula 1 , News

Team orders have unfortunately been a bit of a topic in F1 in recent races – Mercedes has readily employed them, Ferrari has been surprisingly reluctant to, and Force India has been forced to in order to prevent the drivers hitting each other.

With both Red Bulls on the front row for the Mexican GP and wins for the team hard to come by, you might expect some sort of plan to be put in place to give the team the best chance of winning. However, Christian Horner admitted that won’t be the case, telling Sky Sports F1:

“They are free to race, but they have to keep it clean. The race isn’t going to be won in the first corner, it is all about looking after these tyres. They are fragile as hell as we can see, and it will be about making sure we have a strategy that can stay ahead of the Ferrari and Mercedes. They both really want it and that is the danger. But they are both part of a team and they need to keep that in mind.”

After the utter thrashing the team gave them after crashing into each other in Baku, you can bet Max and Daniel will be more than keen to avoid something similar happening. However, Verstappen was mortified to miss out on pole yesterday and will be desperate to put things right, while Ricciardo will surely be aware that this might be his last chance at victory for quite some time with his switch to Renault for next year.

Of course, this is assuming the battle is even for the win – the run down to the first corner is a long one, and there are some powerful, fast-starting cars behind them. Horner is aware of that and suggested the team could put a plan in place to try and retain the lead:

“We saw in Japan when Sebastian was behind Max, we saw Sebastian on Daniel in Austin last weekend, it [the Ferrari] is so strong in a straight line. And it is the same with Lewis. They have to be more focused on what those guys are doing than too focused on themselves. We will discuss all these things in the briefing.”

It’s one thing to have plans in place and tell the drivers not to hit each other, but when the lights go out and the red mist comes down, all of that can go out of the window. They can fight cleanly for a win – Malaysia 2016 was epic – but as we saw in Baku, they’re aggressive, feisty drivers who won’t want to give an inch. This race could be another classic.

Then again, one of them could break down after five laps, leaving the other to cruise serenely to a win. Let’s hope that’s not the case… 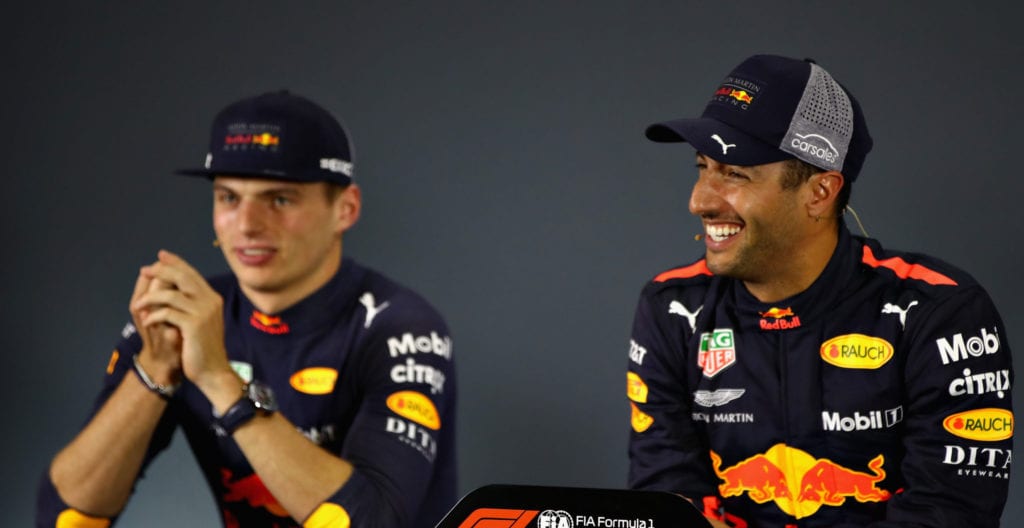