Nobody Wanted To Finish The Last Lap Of The 1964 Belgian GP – WTF1
Skip to content
×
Formula 1 , Retro

Perhaps it’s because there’s very little proper video footage, but it’s amazing that the 1964 Belgian Grand Prix (at the old, properly fearsome Spa-Francorchamps circuit) doesn’t get more plaudits. Because if something similar happened today, we’d be going off the scale with excitement.

Dan Gurney had led most of the race for Brabham and looked set to give the team its first win. Behind him there was right old ding-dong between Graham Hill and Jim Clark for second place as they frequently swapped positions around Spa’s 8.7-mile lap, with Bruce McLaren occasionally joining the fray.

Unfortunately for Clark, the frantic battle was taking its toll on the Climax engine in his Lotus 25. It was overheating, so at the end of lap 28 he pitted to have his radiator topped up with water, dropping him to a distant fourth. That left Gurney leading comfortably from Hill and McLaren.

However, Gurney was having fuel problems and slowed down so much that Hill took the lead with just over two laps to go. Gurney pitted and asked for more fuel – but the team didn’t have any! Well, not to hand, anyway. They figured he probably had enough to get to the end, though, and sent him back out. Now running third, he was back up to pace and halfway around the final lap was in the process of passing McLaren when – predictably – his Brabham ran out of fuel.

McLaren himself was nursing his car around the final lap because his battery was running out of power and the fuel pumps were struggling to do their job, though he had plenty in the tanks.

With Gurney out, McLaren rounded the next corner at Stavelot – only to see leader Hill out of fuel and pushing his car! Like Bruce, he too had the fuel, but his fuel pumps had packed in. Despite his own issues, that left McLaren with a comfortable lead over Clark and he looked set to take the win.

Up at the finish line, officials were wondering where the winner was. The flagman mistakenly waved the flag at two different backmarkers expecting one of them to be the leader, who was apparently nowhere to be seen. Eventually, McLaren rounded the final corner at La Source and rolled towards the finish line. Literally.

Going into the last corner his engine had finally given up and he only had his momentum to carry him to the line. He could see the flag, but unfortunately, he also saw Clark’s Lotus roar past to snatch victory. Jack Brabham was a distant third.

But the drama wasn’t done with there. Clark hadn’t realised he’d won and carried on to do a lengthy slowing down lap, only to run out of fuel himself at Stavelot – right at the opposite end of the track. Teammate Pete Arundell had to drive off and find him so that he could celebrate the third of what would become four consecutive Spa wins.

A crestfallen Gurney quickly disappeared from the circuit having dominated so much of the race. He wouldn’t have to wait too much longer to remedy the situation, though – two weeks later in the French Grand Prix he secured the first grand prix victory for Brabham. 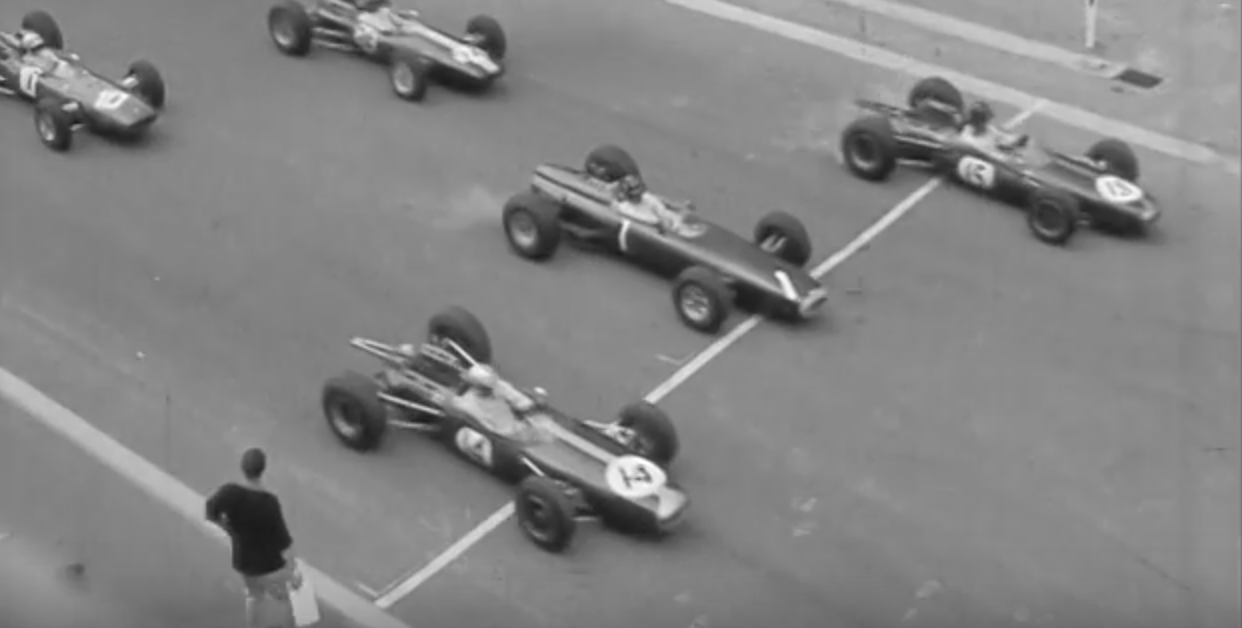