They’ll forever be known as the dream team among fans. The partnering of Lando Norris and Carlos Sainz certainly brought one of the most wholesome friendships on the grid, and Norris has told F1.com why that friendship is how McLaren were able to finish the season third in the constructors’ championship.

After a stunning result for Norris and Sainz today, in fifth and sixth respectively, as well as their main rival Sergio Perez retiring early on the race, McLaren managed to secure third in the constructors championship – their best result since 2012.

With a switch to Mercedes-power next year, and a new drive lineup of Norris and Daniel Ricciardo, Lando was asked why this year was such a strong one for the Woking-based team.

“One of most important things in achieving third this year was the combination of good mates and good friendship, but also how much we are competitive and how much we want to beat each other.

“When you put both of them together, it’s the perfect combination to get P3.

“There have been a lot of races this year where we have executed things well as a team.

“Between us, we have scored much better results because of that.

“That’s because I respect Carlos, he respects me and we wanted to do the best job for the team. Today demonstrated that perfectly.”

Sainz, who will race for Ferrari in 2021, was initially investigated after the race for being unnecessarily slow in the pitlane but it has since been confirmed that there will be no further action.

“Of course I’ll miss him,” Norris continued when talking about his bromance with Carlos. “We have had a lot of good moments together and fun times and a pleasure to learn from him.”

After gushing about Carlos, Lando also went to explain how it was the “perfect day” for the team, although they were helped out with Perez’s retirement.

“Everything went to plan. In terms of our result – with P5 and P6 – we did everything we could. We couldn’t have done anything anymore.”

Did you think McLaren would manage to finish the constructors’ in third, or did you think Racing Point had it in the bag? Let us know. 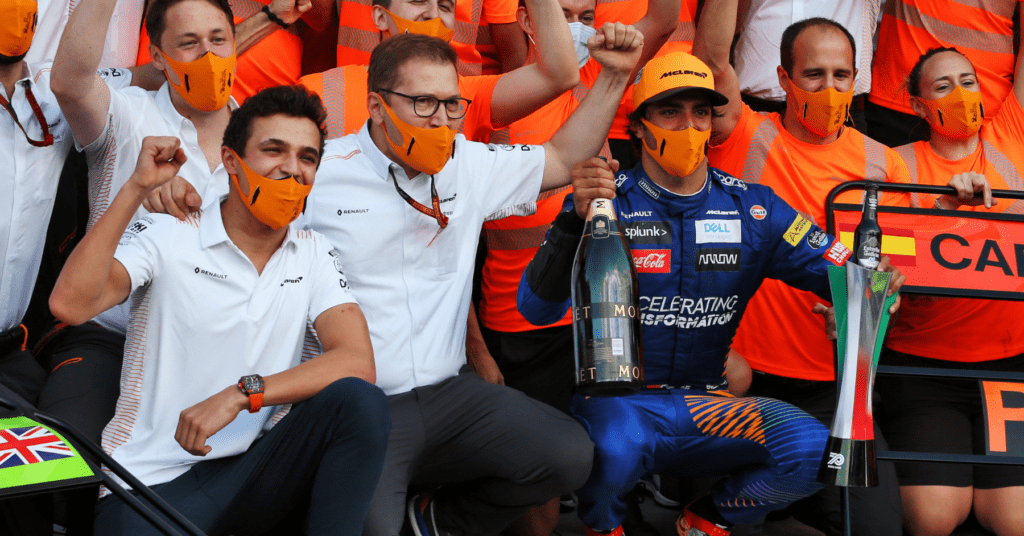