Lando Norris had a really weird message from his team at the end of Q2 asking him not to set a fast lap and immediately come back into the pits. They were a bit secretive about the issue, but according to Lando, they nearly ran out of fuel.

Coming up to the end of Q2, Lando was in seventh and set out for a second run. But, Will Joseph, Lando’s race engineer, said, “Lando, we will be boxing this lap, I am afraid, we will explain later,” which meant he couldn’t go again.

McLaren wanted to keep it under wraps why they were bringing him in, but speaking to SkySports afterwards, Lando gave a couple of reasons.

Tough day with P8, but I want more tomorrow. pic.twitter.com/kinq3mHysR

It turns out that McLaren “had a couple of issues getting some fuel into the car”.

“[I] didn’t really have any [fuel], and I had to box. Luckily, I did a good enough lap on my first run, which is surprising because the track definitely improved a little bit but luckily, I put a good enough lap, so I didn’t miss out from not getting my second run in.

“Not maybe the cleanest of days from us. A couple of mistakes here and there, so I think P8 was as good as we could do today. The others were a bit too far ahead.”

In the end, Daniel Ricciardo finished 10th and Norris in eighth.

“Looking from today, I think we’re where we should be,” Lando summarised. “The Ferraris look too far ahead, both of them were just far ahead, and Gasly was a good four-tenths ahead or something.

“After today, we’re probably not going to have the strongest [race], but it always changes. The weather’s gonna change, the wind’s gonna change a little bit, and it’s still a long race, so we can still go forward.

“There’s potential for rain, so I’m praying for it. We can have a race like Imola again, you know, so I’ll be praying.”

Same Lando, same. Rain dances all round for us 🕺💃 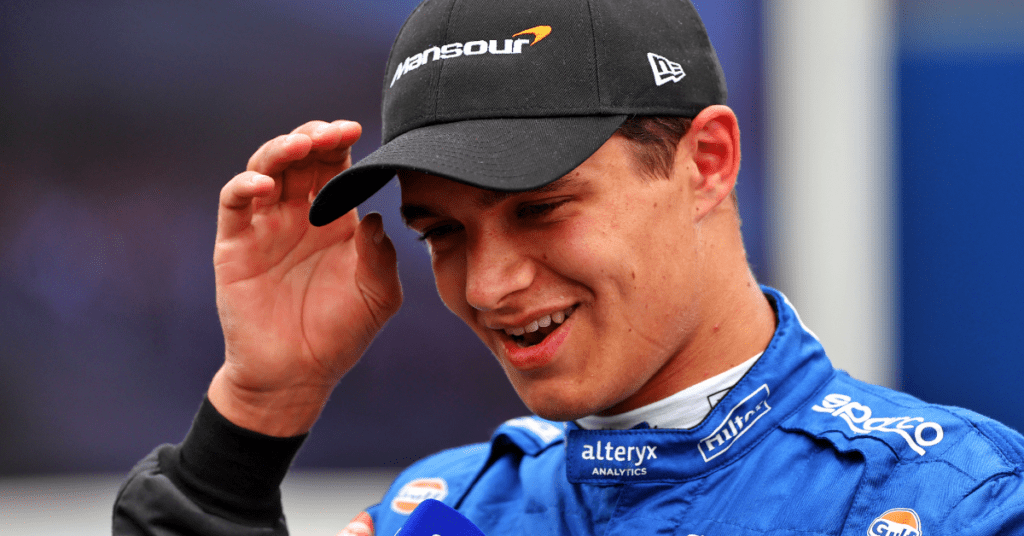