McLaren team Boss Andreas Seidl has confirmed that Lando Norris is fit to drive in tomorrow’s Belgian Grand Prix after a huge crash during qualifying at Spa Francorchamps. Norris, who was looking incredibly quick all qualifying, crashed during Q3 up the Eau Rouge hill.

After exiting the damaged McLaren, Norris held onto his elbow, and the team sent him to hospital for precautionary checks and an X-ray. Fortunately, Norris has managed to avoid any serious injury but remains sore.

His elbow remains sore, but he is fit to race on Sunday, McLaren team boss Andreas Seidl has communicated. #F1

According to The Race, it’s not known yet whether Lando’s car will be ready to race as the damage assessment from the crash is “still in progress”. There’s also no information on the state of the gearbox or chassis, which, if it needed changing, could result in penalties.

Norris had finished both Q1 and Q2 fastest, with things looking incredibly promising before his crash. His teammate, Daniel Ricciardo, will start the race in fourth tomorrow, with Norris in P9.

Big shoutout goes to Sebastian Vettel too, who slowed his car down at the scene of the crash to check on Norris’ condition after the shunt. Seriously, we love that man so so much. 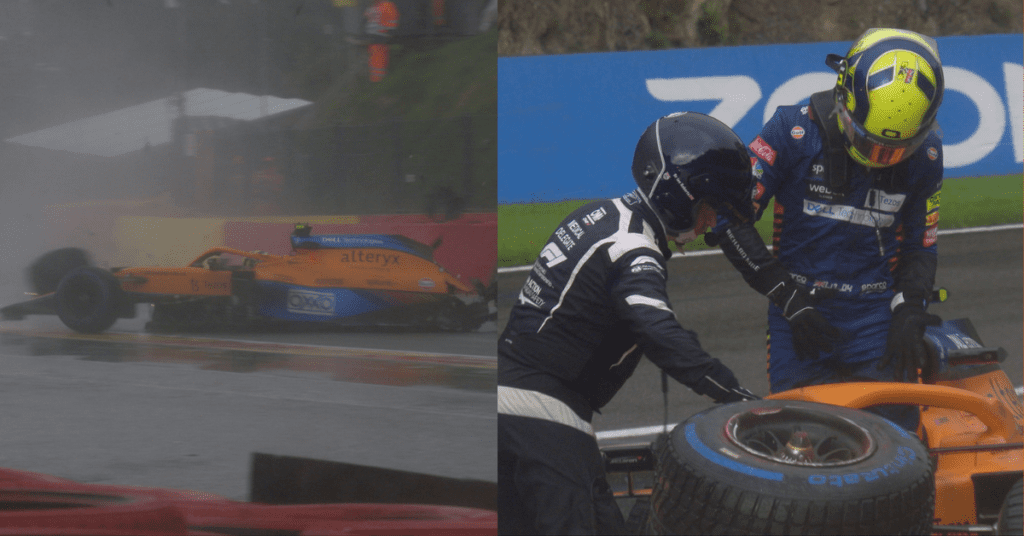