What a messy race. Esteban Ocon is now an F1 race winner, but the drama all started on the first lap with Valtteri Bottas ploughed into Lando Norris, which caused a total domino effect. Bottas was out immediately, and McLaren confirmed during the red flag that Norris would not be able to restart too.

As you would expect, Lando was hugely disappointed with the retirement, especially given as it brings an end to his 15-race consecutive point-scoring record.

Norris made a great start and was challenging Bottas and Perez for third at Turn 1; however, Bottas misjudged his braking by a lot. Like, a whole lot. He smashed into the back of Lando, who then himself was sent into Max Verstappen. Bottas was cooked, his front wheel was off, Lando made it to the pits, but when the race was red-flagged, he retired.

Well that was a great race.

“Yeah, not much to say, just annoyed,” said Lando to Sky Sports. “Lap one! I don’t know why it has to happen, why risk doing those kinds of stupid things. Nothing I could do so… don’t know what to say.”

Norris could see another podium, a fourth of the year just slip away. He was hoping the stewards would give Bottas a penalty for the next race, which they now have.

“If I get a penalty for not even doing anything wrong at other tracks, then they should deserve a much bigger penalty than this. We’ll see, I hope they have some common sense, and they do what they should do, but it’s not up to me at the end of the day.”

Bottas has got a five-place grid penalty for the Belgian GP, which will be in a month after the summer break.

Do you think Bottas should have been given a harsher penalty? 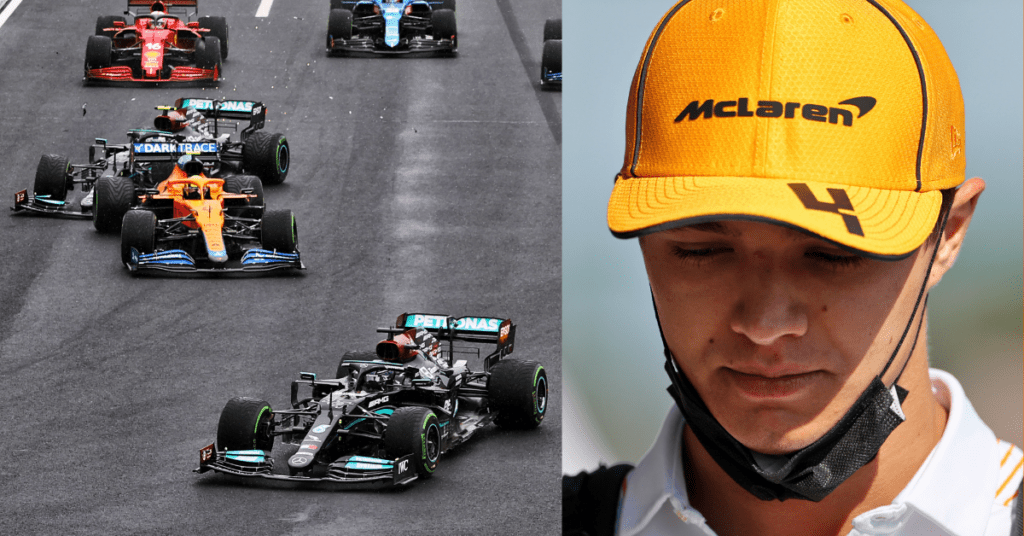