Norris Thinks He Could Have Passed Ricciardo If He Was ‘More Of A Rebel’ – WTF1
Skip to content
×
Formula 1 , News
3 comments

Lando Norris accepted the team orders put in place by McLaren but said that he would have easily passed his teammate Daniel Ricciardo if he had a rebellious phase and ignored the team orders at the end of the Azerbaijan Grand Prix.

The McLaren pair were featured heavily in the Grand Prix broadcast coverage as radio messages between Norris and Ricciardo and their race engineers trying to avoid their drivers coming together were aired.

“Daniel did help me out in the middle [of the race,] there was one lap where Daniel wasn’t allowed to overtake me on and if the return favour is to not overtake him at all in the last three laps then I guess I have to accept it”, Lando explained to F1TV.

Ricciardo had strong pace behind Norris in the opening stages of the race, with Ricciardo on the longer-lasting hard tyre. However, it wasn’t until the end of the race when, Ricciardo was ahead, that Norris thought he could have secured eighth if it wasn’t for team orders.

“I could have finished eighth if I was a bit more of a rebel,” Norris said.

Similarly, Ricciardo thought he had the pace to get ahead of Norris in the opening stages of the race but that the result was good for the team.

He told Sky Sports, “At the beginning, I was feeling like I could attack and I wanted to [overtake Lando] but obviously had to obey and control myself….let’s say the favour got returned.”

Do you think team orders benefitted McLaren in Baku or should they have been able to race each other? 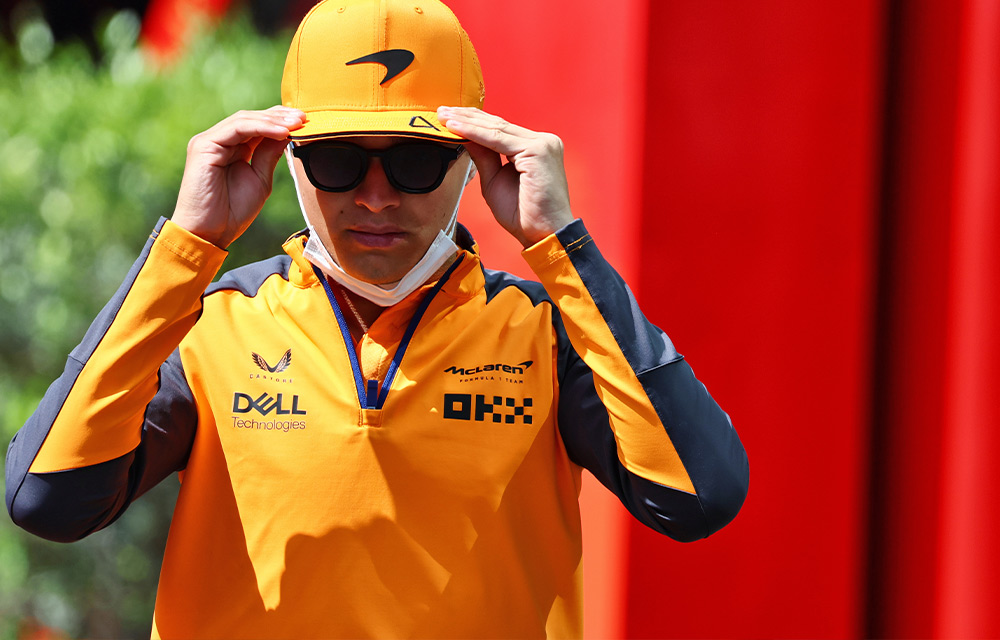