Not Everyone Is Happy About Alonso Being Voted Indy 500 Rookie Of The Year - WTF1
Skip to content
×
Indycar , News

Despite retiring from the race on lap 179 with engine failure, Fernando Alonso has still been named as Rookie of the Year for the 2017 Indy 500. Although Alonso had never driven on an oval prior to the month of May, he quickly adapted to the challenges of the Brickyard, qualified fifth and then remained in contention for the win all race, right up until his Honda engine went pop.

It might seem strange that a driver that didn’t even finish the race can win Rookie of the Year, but the honour isn’t awarded on the final result alone. It’s decided by the media, and the guidelines of the Indianapolis Motor Speedway say that “selection criteria for Rookie of the Year should be based upon (a) the driver’s skill, (b) sportsmanship, (c) accessibility and conduct during the month, and (d) finishing position. Each criteria should be considered the same as any other.”

On those criteria alone it doesn’t seem all that surprising that Alonso won it despite only being classified 24th, but there was another rookie who enjoyed a stellar debut Indy 500 – Ed Jones.

The Dubai-born Brit and reigning Indy Lights champion (the main feeder series to IndyCar) qualified 11th and finished third, just half a second away from race-winner Takuma Sato, and was ahead of Alonso at the time of the Spaniard’s retirement. His team boss Dale Coyne was livid at the news that he hadn’t been voted Rookie of the Year, and said:

“Who votes for these things? I listened to all the Indianapolis radio and television stations and they all said Ed will get it and he deserved to get it. Alonso brought a great deal of attention to IndyCar and for that we should all be thankful. But it is the Indianapolis 500, not the Marketing 500.”

He went on to say that although Alonso showed good speed that Jones was actually faster, and that by having such a good finish he didn’t deserve to be overlooked for the award:

“Had Ed finished out of the top 10 and Alonso had his 24th I would not be upset, but Ed finished third – what in Europe is known as a podium finish. At minimum Ed deserves co-rookie of the year. Consider the facts of Ed’s performance. One, he was faster than Alonso on many days, Tuesday practice day, Wednesday he did not run because of the wind, Sunday practice Ed was P1 and P2 on Monday the full tank day a full two mph faster than Alonso. Ed ran the fifth-fastest lap of the race, Alonso ran the 13th fastest. Ed had to drive back to the front in the race after collecting debris from the Dixon crash and falling all the way to back of the grid.”

Coyne also reckoned that Jones had a great shot at winning the race and may have done so if his car wasn’t hindered by damage in the closing stages:

“The most unfortunate thing for Ed was the loss of his front nose cap which created a great deal of drag down the straights. Ed’s comments after the race was that he was faster than those two guys [Castroneves and Sato] in the corners but could not catch them on the straights. I do not want to take anything away from Alonso, as he did a great job, but Ed Jones had a legitimate chance to win the race and did finish third. He should have received the accolades a rookie with this type of performance deserves, Rookie of the Year.”

Of course Dale Coyne would back his driver to win the award, but he isn’t the only one annoyed at the decision, with several other media outlets also saying that Jones has been unfairly overlooked.

Perhaps giving joint honours to both Alonso and Jones would have been the fairer option, and not without precedent either – in 2002 Tomas Scheckter and Alex Barron were both named as Rookie of the Year.

What do you think? Does Alonso deserve the honours or was Jones’ performance too impressive to ignore? Let us know in the comments. 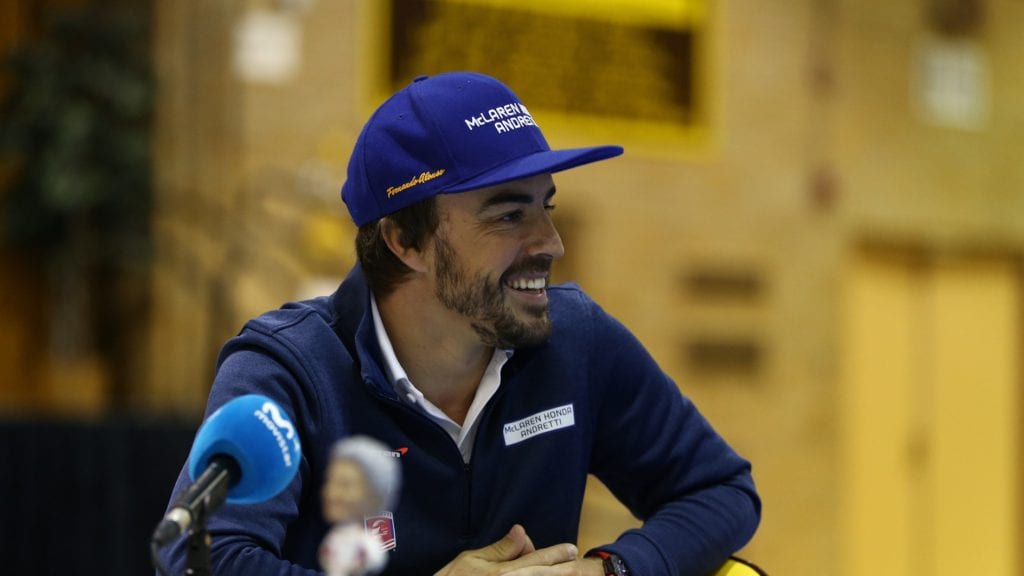