Well, that was unexpected. Nyck de Vries will need to dig out his Williams race suit as he’ll be making his F1 debut in Monza this weekend.

He’ll be jumping behind the wheel of the Williams as Alex Albon is unwell, and of course, we wish him a speedy recovery as he is undergoing treatment for appendicitis.

Following on from this, we can confirm that the team’s Reserve Driver Nyck de Vries will drive in place of Alex for the remainder of the Italian Grand Prix weekend. Alex is in good spirits and the team wishes him a speedy recovery.#WeAreWilliams #ItalianGP pic.twitter.com/4tgyGBD0BU

De Vries is a former F2 champ, Formula E champ, and only yesterday completed his third FP1 rookie slot this year, this time with Aston Martin. He’s also the Mercedes reserve driver, which is why he’s probably been called up!

The Dutchman has already driven the FW44 this year, taking part in FP1 in Spain, as well as driving for Mercedes in FP1 at the French GP. 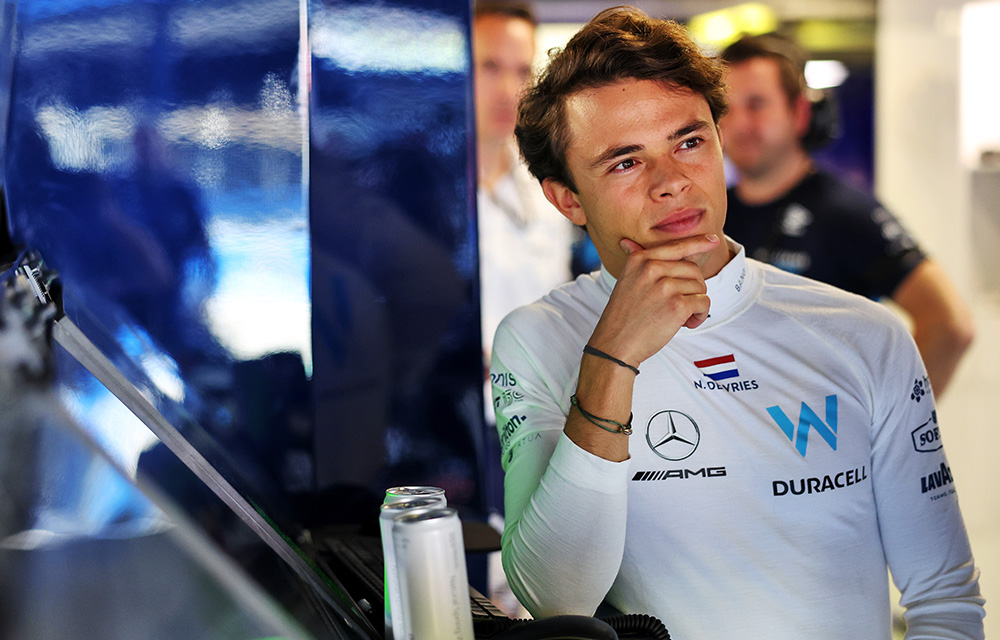