Formula E’s Season 7 finale was always going to be unpredictable, but guys, we didn’t expect THAT. After a typically chaotic race on Saturday, it all came down to the season’s final race today, and in the end, it was Nyck de Vries who was crowned the drivers’ champion. Congratulations!

We came into this Formula E weekend with 18 drivers in championship contention. That was reduced to 13 drivers by the time we got ready for Sunday’s finale. However, two of the biggest contenders were wiped out just seconds after lights out when Mitch Evans’ car failed to get off his grid slot.

We're under a red flag in Berlin after a collision on the start line between two of our championship contenders – @mitchevans_ and @edomortara.

Great to see both drivers get out of the car ok. They will be going to the medical centre for checks!

It was a nightmare situation for Evans, who qualified third for the race, as he was left helpless on the grid as the rest of the field raced past him. Unfortunately, Edoardo Mortara collected the back of Mitch and took out both cars from the running.

With Mortara sat in second and Mitch fourth in the championship before the race, it meant two of the most promising drivers for this world title were out. Both managed to get out of their cars, and a red flag was brought out to clear up all the debris.

After the red flag period, racing resumed, but it brought more drama as two-time race winner Jake Dennis suffered a malfunction with his BMW and hit the wall. The car was broken, and he was forced to retire, leaving him out of the championship fight too.

Although many other drivers were fighting for the title, they were further down the grid and unable to make their way higher up.

In the end, the Mercedes of Nyck de Vries kept his cool and brought his car home safely to take his first Formula E championship win. Nyck is also the first ‘World Champion’ for Formula E as it gained World Championship status this season.

As well as the drivers’ title, Mercedes also picked up the team standings for the first time. The duo of de Vries and Stoffel Vandoorne helped collect a big haul of points over the season.

Aside from all the championship drama, Norman Nato won his first Formula E race for Venturi! Oliver Rowland achieved second place in his final race for Nissan, and Stoffel Vandoorne completed the podium trio.

Overall, it was a typical Formula E race in that it was beyond chaotic and filled with plenty of highs and lows. 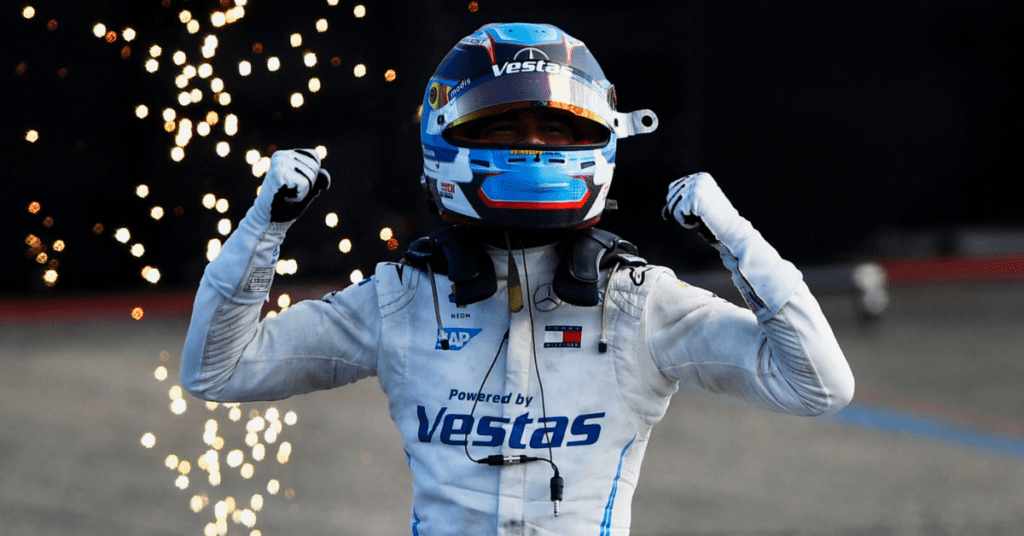