Verstappen was on fire in the early laps. He powered past both Ferraris with ease and then slipped ahead of Valtteri Bottas, too. With Hamilton pitting early to get rid of his worn supersofts, Verstappen kept on going, not pitting until just before half distance. A couple of laps later, with much fresher tyres, he reeled in and passed Hamilton and looked for all the world like he was going to cruise off and take his third win of the season.

Then Ocon, two laps down, on softer tyres and with much better straight-line speed, had a run on the Red Bull into the first corner and tried to unlap himself. Verstappen saw him off through the first corner and turned in as normal to the second, only to find Ocon at the apex. Max spun, Hamilton went through.

Ocon is completely entitled to unlap himself. There’s no rule against it. However, you have to wonder what he was trying to achieve in getting ahead. Sure, Max could have left more room, but at that point, why would he be looking in his mirrors, expecting a lapped driver to lunge up the inside? Ocon was given one of the harshest penalties a driver can get in the form of a 10-second stop-go penalty, but the damage was already done – figuratively and literally.

With Verstappen’s floor damaged in the incident his pace was compromised and though he still had an advantage over Hamilton, it wasn’t enough to catch and pass him before the end of the race.

A furious Verstappen encountered Ocon in parc fermé and gave him a few hefty shoves. You can understand his frustration, but that’s perhaps a step too far…

Aside from that, it was an epic race. Kimi Raikkonen just held off Daniel Ricciardo for third, while Bottas spent much of the race being a bit of a roadblock, struggling badly with his tyres and holding up a train of cars on a few occasions. Sebastian Vettel was unusually subdued – he lost out to his teammate in the early laps, and then had to allow Kimi back ahead later in the race and eventually finished a distant sixth.

Charles Leclerc was best of the rest, while Marcus Ericsson had a horrible time after his epic qualifying performance. His car started shedding parts on the way to the grid, and then lost more after lap one contact with Romain Grosjean. As he slipped down the order with very little downforce, he eventually retired. The two Haas’s finished eighth and ninth, with Sergio Perez taking the final point for 10th.

There may have been a bit of luck involved, but Hamilton’s drove a fine race to maintain pace with a car that, once again, wasn’t being especially kind to its tyres. It means Mercedes secured its fifth consecutive constructors’ title and is now just one shy of Ferrari’s record of six. 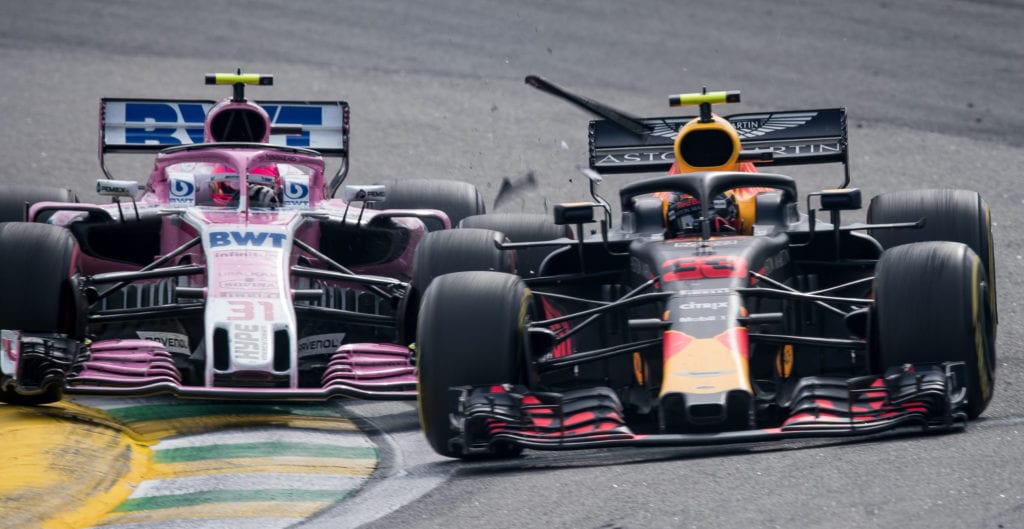