Ocon Has Signed A Two Year Deal With Renault

It was crazy enough that Ocon wasn’t able to find a seat for this season so it seemed incredibly unlikely that he’d be left on the sidelines for two years in a row – the only question was where he would end up.

He was in contention for a place at Mercedes alongside Lewis Hamilton but, despite a poor last couple of raced, Valtteri Bottas has upped his game sufficiently this year to earn a place with the Silver Arrows for a fourth season in 2020.

Instead of clinging onto Ocon ‘just in case’, it seems Mercedes has done the decent thing and allowed him to seek opportunities with other non-Mercedes teams for the benefit of his own career and, as widely predicted, he’s ended up at Renault.

Funnily enough, he was on the cusp of being a Renault driver this season until Daniel Ricciardo swooped in and pinched the seat: now the two will be teammates. Ocon said of the news:

“First and foremost, I am very proud to become a Renault driver. I have grown up at Enstone, starting with Lotus in 2010 and then with Renault. I am very attached to this team and everyone who works there; they are the ones who opened the doors of top level motorsport for me. Secondly, I am pleased that a team with big ambitions has entrusted me with the opportunity to once again demonstrate my skills at the highest level of F1. It is a responsibility I take very seriously. The confidence they have in me to help the progression of the team is a very positive pressure and I look forward to giving the best of myself.”

That also means that Nico Hulkenberg is out of a seat, though he’s expected to be joining Haas in place of Romain Grosjean. 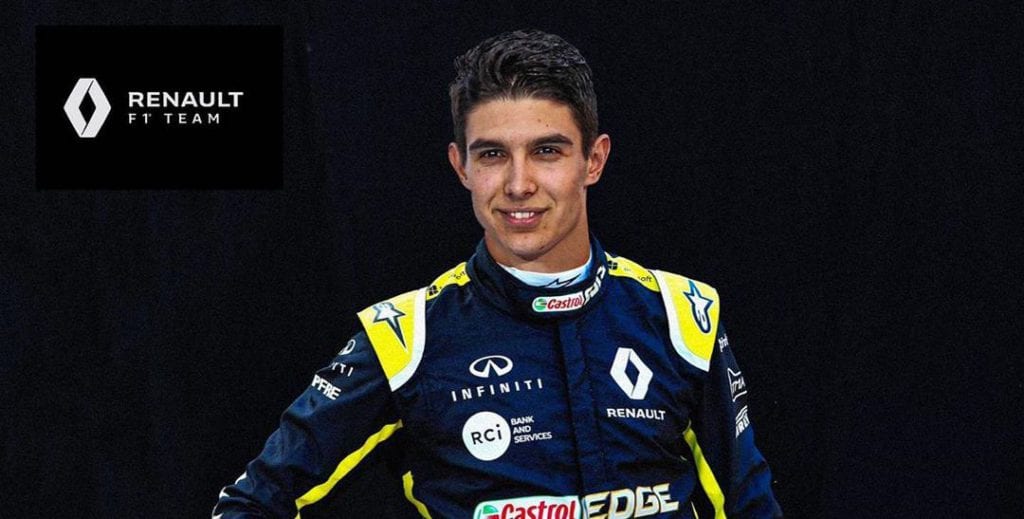