Ocon Is Staying With Alpine For Another Three Years – WTF1
Skip to content
×
Driver News , Formula 1

Ocon Is Staying With Alpine For Another Three Years

Esteban Ocon will stay with the Alpine F1 team for another three seasons after extending his contract until 2024. Alpine has obviously been very pleased with his recent performance and has shown that with such a long deal. Only Charles Leclerc has a seat until 2024!

Esteban joined the team in 2020 when they were Renault on a two-year deal and is currently teammate to two-time world champion Fernando Alonso. Esteban has finished ahead of Alonso in every race apart from the Azerbaijan GP and scored points in four races.

Before Esteban joined the team, he drove for Manor and Force India, where he became known for his “Oconsistency”, finishing all but two races in 2017 in the points.

During this time, he was a Mercedes junior driver and nearly joined Renault in 2019 after losing his Racing Point seat when it was bought by the Stroll family. They signed Ricciardo instead but came back for him the year later.

🎉 Esteban Ocon Re-Signs until 2024 🎉 A part of the Enstone-Viry family since you were 14 years-old, congratulations @OconEsteban. Keep chasing the dream, together 🇬🇧🇫🇷

Esteban was outperformed last year by Daniel Ricciardo whilst he resettled in F1. However, all through the year, he was getting closer and closer, and in the Sakhir Grand Prix scored his first F1 podium when he finished in second place.

“It’s a fantastic feeling to secure my future with Alpine. We’ve been progressing well together since I joined the team, and I aim to continue that journey going forward.

“I often think back to the Sakhir Grand Prix last year with the podium, and it motivates me to create more special memories like that. I’m really looking forward to the next chapter, but, for now, we’re very much focused on this season and taking each race as it comes.”

Laurent Rossi, the CEO of Alpine, said in a statement: “Despite his young age, he is very experienced in F1, and he’s on a positive trajectory in both his maturity and ability behind the wheel. He is a strong asset for us now and also going forward as we meet the challenge of the new regulations. We have every confidence in Esteban to help drive the team and the brand to the next level and meet its long-term objectives.” 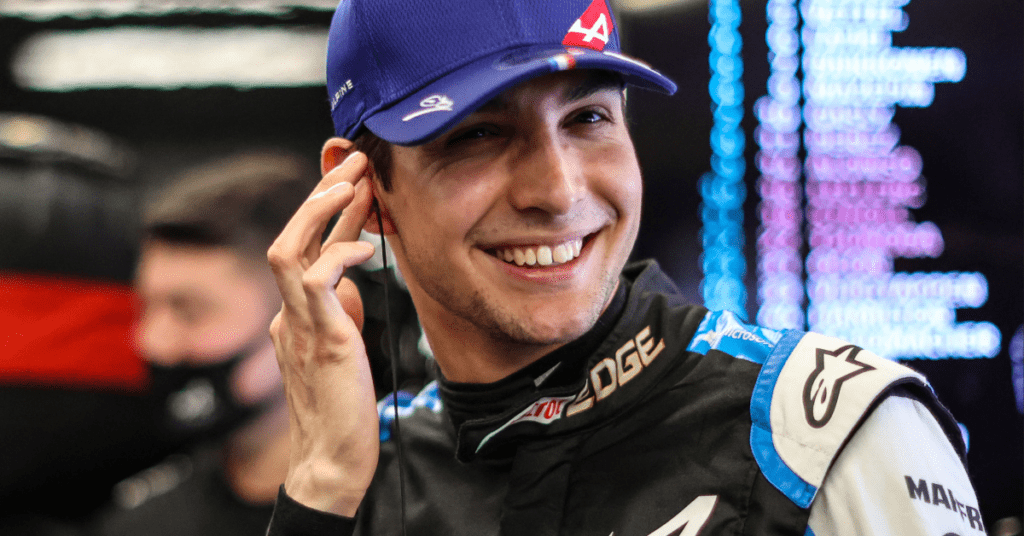