Of Course Maldonado’s Cousin Was Involved In This Chaotic First Lap In The MRF Challenge – WTF1
Skip to content
×
Crash , Juniors

The MRF Challenge is one of a few junior series which runs across the traditional motorsport off-season. The final four races took place this weekend at the Madras Motor Race Track in India, and to say the second race was chaotic would probably be an understatement.

At turn two a mid-pack collision wiped out three cars, including Lord Pastor’s cousin Manuel, which unbelievably for a Maldonado wasn’t actually his fault (though he did proceed to drop fluid all over the track). Then a few corners later, leader Alex Karkosik spun off and got really, really angry.

Then, as if that wasn’t enough action for one lap, Julien Falchero got punted out, at which point the organisers had enough and threw the red flag. 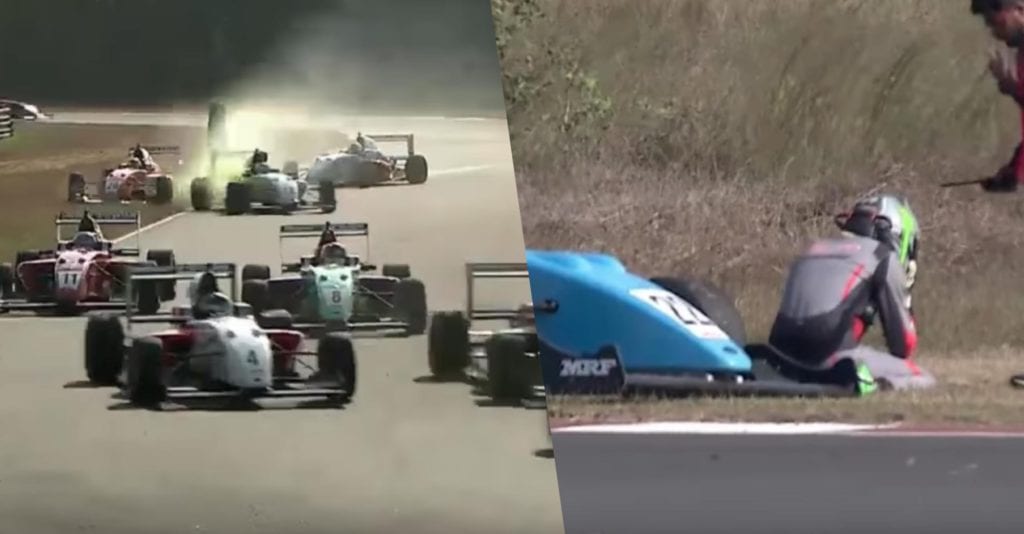