Oil Burning Is Still Going To Be A Thing In F1 This Year – WTF1
Skip to content
×
Formula 1 , News

The speed at which loopholes are exploited by technical team members and then clamped down upon by the FIA is a constant in the innovation equation that makes Formula 1 a playground for high-quality engineering.

It means that when teams find an advantage, a resulting ban can be met with mixed feelings. There is a demand for an even playing field, but this demand can only be met by sometimes axing innovative advances.

Oil burning falls into this category along with the active suspensions and double diffusers of the past. It’s something the FIA is trying to clamp down on with ever tighter restrictions being imposed, but according to Renault boss Cyril Abiteboul, it’s something that’s going to be very hard to actually police. He told the Ekstra Bladet newspaper:

“Much has been done in relation to these loopholes, but we continue to collaborate with the FIA to ensure they have the tools to monitor them properly. So it’s not just about good rules but also how to monitor them.

I’m sure the rules are clear, but I’m not sure yet about the FIA’s capacity to monitor them.”

Allowing oil to enter into the combustion process of the engine also allows desired additives within the oil to be introduced. Whilst directly introducing oil to the combustion process isn’t legal, indirectly introducing it through other routes is the loophole everyone is talking about. There is a fuel flow limit in place in the current regulations which denies a prolonged high level of power unit performance. However, additives that are outlawed in fuel mixes can instead be used in the oil. When burned, that can improve combustion in bursts, therefore increasing performance whilst having no influence on the fuel flow limit.

The oil burning process can’t be deployed for a lengthy amount of time because of stresses on the engine, but comes in handy for bursts of pace in key moments of a race, and also hot laps in qualifying. The qualifying-spec engine mapping that Mercedes has is oil burning in action. Estimations suggest that the process can improve a lap time by two to three-tenths of a second and although new regulations are attempting to stop this practice in the races, it’s still something that can be of benefit on a Saturday.

The conversation around customer teams now gaining access to all works team engine mapping modes might end up being very beneficial to the likes of Force India and Williams. If they have access to the Mercedes qualifying map, then they could gain an advantage over their rivals in qualifying.

Renault and Honda power units haven’t utilised this process in the past, hence Abiteboul’s determination to assist the FIA in clamping down on this divisive loophole. 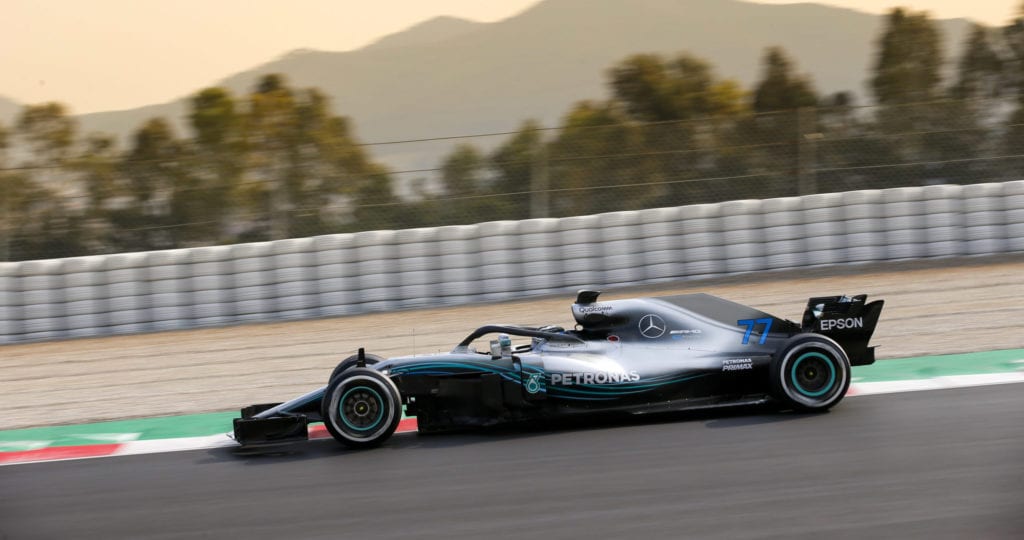