On This Day – Hamilton Doubles Up With Double Points In Abu Dhabi – WTF1
Skip to content
×
Formula 1 , On This Day

2014 Abu Dhabi Grand Prix
With the aim of making the championship battle more open, Bernie Ecclestone had decided that the season finale in Abu Dhabi would offer double points. This made a lot of people very angry and is widely regarded as a bad move. Thankfully, it proved to be a one-off and even more importantly, it didn’t have any real effect on the championship.

Ahhh yes, the championship. It was a showdown between the Mercedes duo of Lewis Hamilton and Nico Rosberg when essentially boiled down to Rosberg needing to win with Hamilton third or lower.

In the end the season-long battle between the two fizzled into nothing as just before half-distance Rosberg’s car developed a problem and he rapidly dropped back. Hamilton cruised on to victory and the championship despite a spirited charge from the Williams of Felipe Massa, who closed to within a couple of seconds of the Mercedes by the end of the race.

Daniel Ricciardo was another driver who had a good race – both he and teammate Sebastian Vettel started from the pit lane after being disqualified from qualifying, but Ricciardo did a much better job of climbing through the field to finish fourth, 35 seconds and four places ahead of Vettel.

With Hamilton ecstatic after winning his second championship, six years after his first, Rosberg was gracious in defeat and opted to finish the race 14th with a broken car rather than retire.

News
On this day in 2009 Nico Rosberg was announced as one of the drivers for the reborn Mercedes team which was set to evolve from Brawn GP. However, it was a bit of a non-event as everyone was waiting for news of the other Mercedes driver, which was expected to be the returning Michael Schumacher…

Birthdays
Juan Jover (born 1903) was all set to start the 1951 Spanish GP, but before the race could get underway his engine failed, leaving him with a big fat DNS on his only F1 appearance. Olivier Beretta (born 1969) started nine races for Larrousse in 1994 with a best finish of seventh at Hockenheim, but was replaced mid-season when his sponsorship money ran out. He was the last F1 driver from Monaco until Charles Leclerc made his debut in 2018. 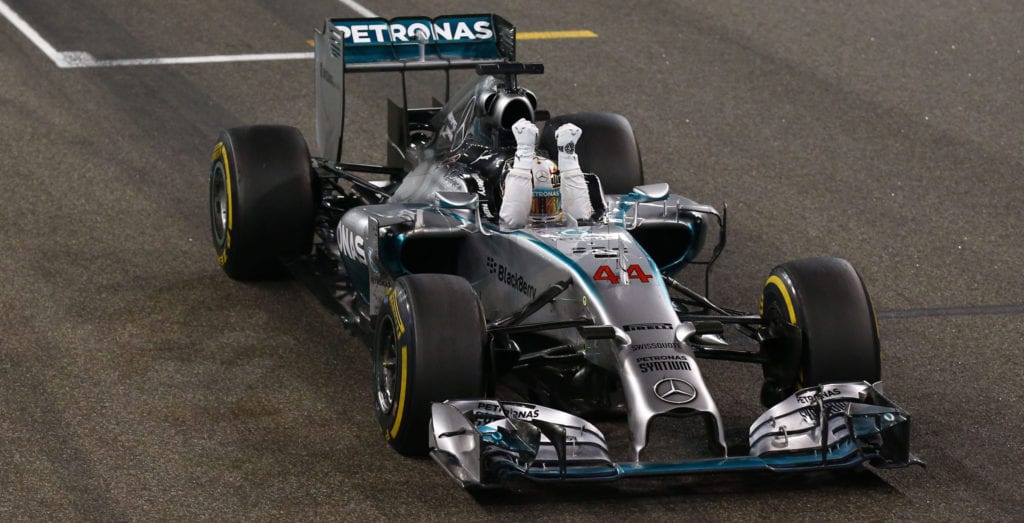