On This Day In F1 – 13 Cars Crashed Out Of A Seriously Soggy Australian GP – WTF1
Skip to content
×
Formula 1 , On This Day

1989 Australian Grand Prix
Torrential rain led many drivers to band together and argue for the race to be postponed as conditions were too dangerous, but the organisers ploughed on and insisted the race would start anyway. JJ Lehto spun on the first lap, blocking the track and bringing things to a temporary halt. With the championship already sewn up, Alain Prost took the opportunity to withdraw from the race on safety grounds.

When things resumed again, cars started to spin everywhere, and on lap 14 Ayrton Senna slammed into the back of Martin Brundle’s Brabham in the dense spray, putting both drivers out.

By just over half distance 18 of the 26 starters were out, with 13 of them either spinning off or crashing. The two-hour time limit was reached after 70 of the scheduled 81 laps and Thierry Boutsen won for Williams ahead of Alessandro Nannini and Riccardo Patrese. Satoru Nakajima finished a fine fourth for Lotus, setting fastest lap along the way. 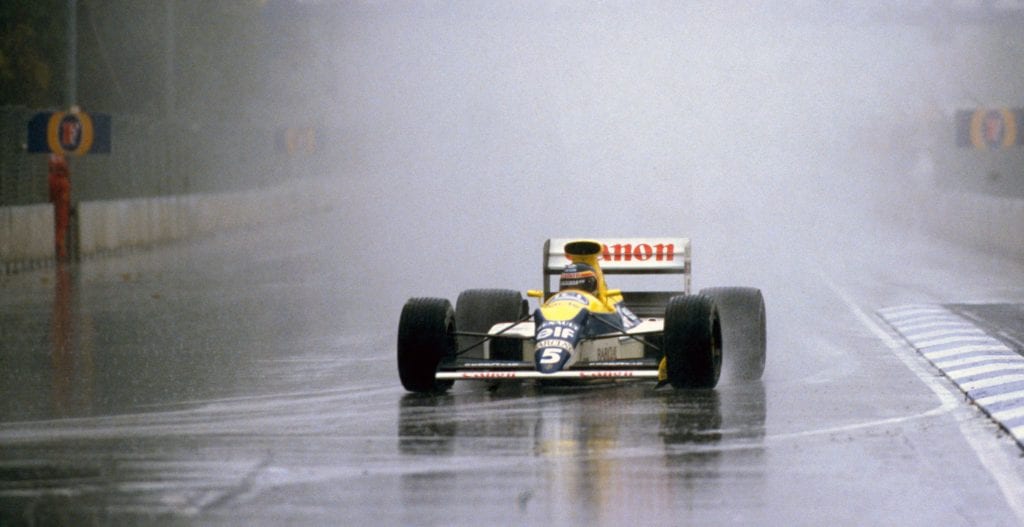