On This Day In F1 – A New Record Was Set For The Highest Number Of Pit Stops In A Race – WTF1
Skip to content
×
Formula 1 , On This Day

1977 German Grand Prix
A year on from his life-threatening accident at the same race (albeit now held at the Hockenheimring rather than the Nordschleife) Niki Lauda won comfortably for Ferrari after getting past Jody Scheckter’s Wolf in the early laps. Scheckter remained second with Hans-Joachim Stuck taking his first career podium.

1994 German Grand Prix
Mayhem erupted on the opening lap when various collisions resulted in 10 cars crashing out before the first corner – Mark Blundell, Mika Hakkinen, Heinz-Harald Frentzen, Eddie Irvine, Rubens Barrichello, Andrea de Cesaris, Pierluigi Martini, Alex Zanardi, and Michele Alboreto all met an early end. Hakkinen was blamed for his part in the incident and, with a suspended ban hanging over his head from an incident in a previous race, would be forced to miss the next round in Hungary.

The cars kept dropped out and by half-distance, just 10 drivers were left in the race. The most spectacular exit surely went to Jos Verstappen, whose Benetton burst into a fireball in the pits during a refuelling stop. It as quickly extinguished and remarkably, everyone was OK, with Verstappen coming away with some light burns to his nose and cheeks, a result of having his visor open during the stop.

Just eight cars were running at the end – Gerhard Berger had led the whole race from pole and won Ferrari’s first race for almost four years ahead of a load of midfield teams and driver who benefitted from the high attrition. Olivier Panis was second in his first season of F1, ahead of Ligier teammate Eric Bernard. Then came the two Footworks of Christian Fittipaldi and Gianni Morbidelli and then the two Larrousses of Erik Comas and Olivier Beretta, the Monegasque driver just missing out on a point. In eighth and last place was Damon Hill – in a race where championship leader Michael Schumacher had dropped out with engine failure, Hill had to drive the entire race with a car damaged from the opening lap incidents and couldn’t make any inroads to Schumacher’s points tally.

2005 Hungarian Grand Prix
Although Michael Schumacher led the first half of the race, the faster McLarens were able to jump ahead of him during the pit stops and, once Juan Pablo Montoya had retired from the lead, Kimi Raikkonen was able to beat Schumacher by more than half a minute, with Ralf Schumacher finishing a close third for Toyota. The Renault drivers had a miserable race – Giancarlo Fisichella was only ninth, while Fernando Alonso damaged his front wing on the first lap and could only muster an 11th place.

2011 Hungarian Grand Prix
Lewis Hamilton had been comfortably leading a chaotic wet/dry race when he had an innocuous spin at the Turn 6 & 7 chicane. Although it didn’t cost him first place, it did allow teammate Jenson Button to close in – but worst of all, in recovering from the spin, he forced Paul di Resta to drive off the circuit in avoidance, earning Hamilton a drive-through penalty.

He then pitted for intermediates during a brief rain shower while Button and Sebastian Vettel stayed out. Button therefore won ahead of Vettel, with Fernando Alonso third and Hamilton ending up a distant fourth. With changeable conditions, a grid of 24 cars and a surprising 20 finishers, this race set a record for the highest number of pit stops in a single grand prix – a staggering 88.

2016 German Grand Prix
Nico Rosberg made a bad start from pole, dropping behind Lewis Hamilton and both Red Bulls and was unable to recover – especially once he was given a five-second penalty for a dodgy overtake on Max Verstappen and then endured a slow pit stop. Hamilton won with ease (despite having turned his engine down on just the third lap) ahead of Daniel Ricciardo, Verstappen, and Rosberg.

Birthdays
Justin Wilson (born 1978) entered F1 with Minardi in 2003 via an unusual method – fans and investors could buy shares in his career to raise the money for a seat – something that Minardi desperately needed. It worked – but that didn’t mean that Wilson was your typical back-of-the-grid pay driver. A Formula 3000 champion, his pace was so strong that Jaguar plucked him from Minardi mid-season to replace Antonio Pizzonia, where he scored a point for eighth in the US GP.

However, despite being talented, his height went against him. At 6 foot 4 inches (193cm) tall, many teams weren’t keen on the prospect of having to compromise car design to accommodate such a large driver – he’d already missed out on an F1 drive with Jordan in 2002 as a result. Also, despite the Jaguar team being impressed with his performances, internal politics saw him replaced with Christian Klien the following year, and his F1 career was over.

“Badass” Wilson went on to have a successful career in IndyCar as one of the sport’s most popular drivers, but was tragically killed in 2015 when he was struck by debris during a race at Pocono. 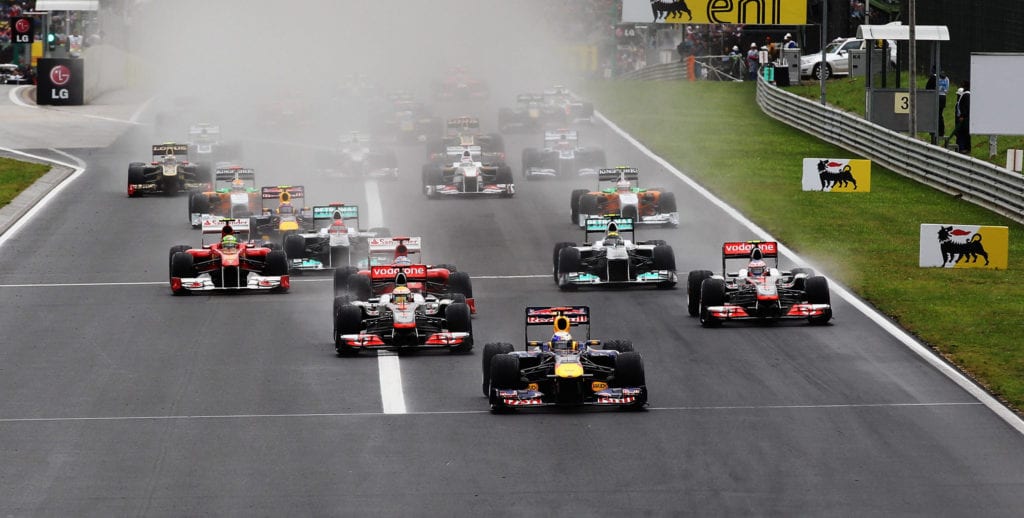