1967 Dutch Grand Prix
Two iconic names in Formula 1 made their debut – the Lotus 49, the first F1 car to use the engine as a stressed member of the chassis, and the Cosworth DFV, the affordable and competitive powerplant which would open up the sport to other teams and continue winning races well into the 1980s – not only in Formula 1, but across a huge racing of championships.

Graham Hill put the combo on pole for the race but the engine failed very early on. That put Jack Brabham in the lead for a bit, but Hill’s teammate Jim Clark wasted little time in taking the lead and going on to take a comfortable win. Brabham ended up second and Denny Hulme third.

1972 Belgian Grand Prix
Belgium returned to the calendar for the first time since the legendary old-Spa had been dropped due to safety concerns. Unfortunately, the new track at Nivelles was incredibly bland and produced a rather uninteresting race as Emerson Fittipaldi won from Francois Cevert and Denny Hulme.

1978 Spanish Grand Prix
Although James Hunt made a great start from fourth on the grid to lead on the first lap, it wasn’t long before Mario Andretti re-established himself at the front in the dominant Lotus 79, going on to win from teammate Ronnie Peterson, with, Jacques Laffite third.

1989 United States Grand Prix
Alain Prost won on the Phoenix street circuit after having to manage a series of minor engine problems – Ayrton Senna had led the first half of the race before having to retire with electrical problems. The new circuit proved to be a bit of a car-breaker as just seven of the 26 starters reached the finish. One of the retirements was Alex Caffi, who’d looked on course for a podium for most of the race until he was wiped out by his own Scuderia Italia teammate, Andrea de Cesaris. Riccardo Patrese ended up second ahead of Eddie Cheever’s Arrows, with Christian Danner finishing an excellent fourth for the Rial team.

2000 Monaco Grand Prix
Michael Schumacher was leading comfortably when a broken exhaust triggered a suspension failure and he had to retire. This was good news for David Coulthard, who went on to win his first Monaco GP ahead of Rubens Barrichello and Giancarlo Fisichella. Mika Hakkinen was unable to capitalise on Schumacher’s woes when, bizarrely, same cables came loose in his cockpit and blocked his brake pedal. After a lengthy stop to fix the problem he rejoined a lap down and ended up sixth.

Perhaps the most disappointed team, however, was Jordan. Jarno Trulli had started an excellent second and stayed there for the first half of the race until he retired with gearbox trouble. Had he kept going, he might have won the race. Then, Heinz-Harald Frentzen was running second when he hit the wall at Ste Devote and broke his suspension with just eight laps left to go.

Birthdays
Ettore Chimeri (born 1921) was Venezuela’s first F1 driver, entering a Maserati 250F in the 1960 Argentine GP. However, he became fatigued during the race and retired after 23 laps. 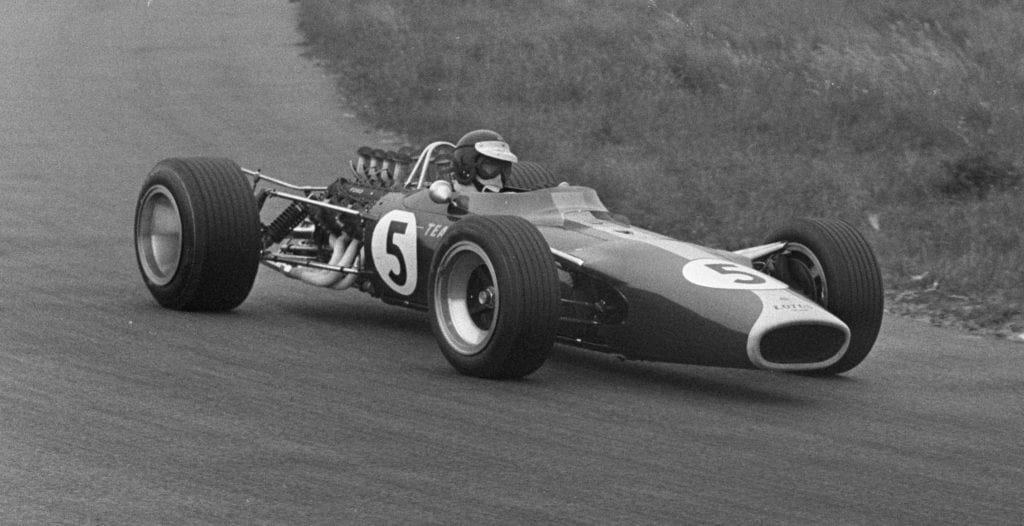