1957 British Grand Prix
A race win which could scarcely have been more British as Stirling Moss and Tony Brooks won in a shared drive (the last time F1 would ever have shared victors) for the Vanwall team. Luigi Musso finished second for Ferrari, with Mike Hawthorn third. 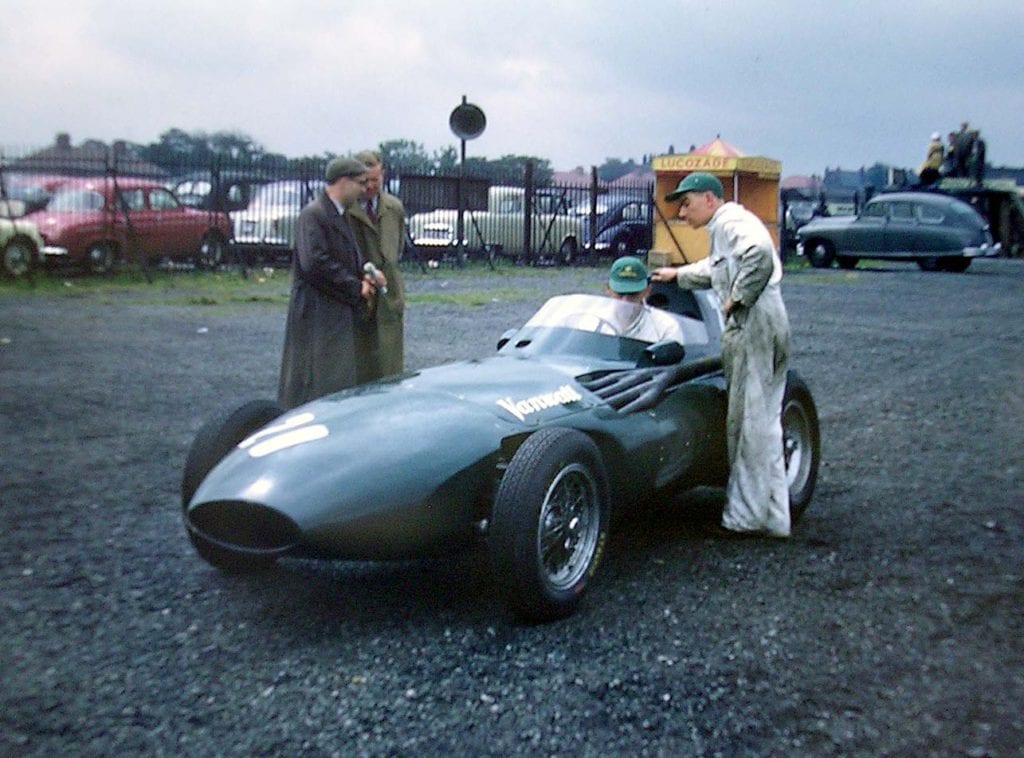 1963 British Grand Prix
Despite the two Brabhams of Jack Brabham and Dan Gurney taking the lead at the start, it wasn’t long before Jim Clark got out in front and raced away to win. Both Brabhams later retired, leaving Graham Hill in second place, only for his BRM to run out of fuel on the final lap. That dropped him to third as John Surtees nabbed second.

1968 British Grand Prix
After Graham Hill retired, the race was left to be a battle between two drivers after their first wins – Jackie Oliver and Jo Siffert. The reliability gods had their say, however, and Oliver went the way of his teammate as his Lotus gave up. Siffert won for the privateer Rob Walker team ahead of the Ferraris of Chris Amon and Jacky Ickx.

1974 British Grand Prix
Jody Scheckter won at Brands Hatch ahead of Emerson Fittipaldi and Jacky Ickx. With Clay Regazzoni and Niki Lauda finishing fourth and fifth, the championship closed right up with just five races left to run – Lauda led on 38 points with Fittipaldi on 37 and Scheckter and Lauda sitting on 35 points apiece.

2003 British Grand Prix
Jarno Trulli had led from the start until, on the 11th lap, a former priest by the name of Neil Horan somehow found his way onto the track and ran down the Hangar Straight waving some religious messages. The safety car was deployed as a marshal tackled the kilt-wearing invader and dragged him off, turning the race on its head.

Many drivers pitted but others opted not to, leaving the unusual sight of the two Toyotas of Cristiano da Matta and Olivier Panis running first and second for several laps. Meanwhile, Rubens Barrichello was overtaking everything that moved and eventually found himself fighting for the win with Kimi Raikkonen. Raikkonen was leading after all the stops had shaken out, but Barrichello put the pressure on and forced Raikkonen into a mistake through the high-speed Bridge corner, took the lead, and brilliantly won. Raikkonen eventually dropped to third, while early leader Trulli ended up a distant sixth. 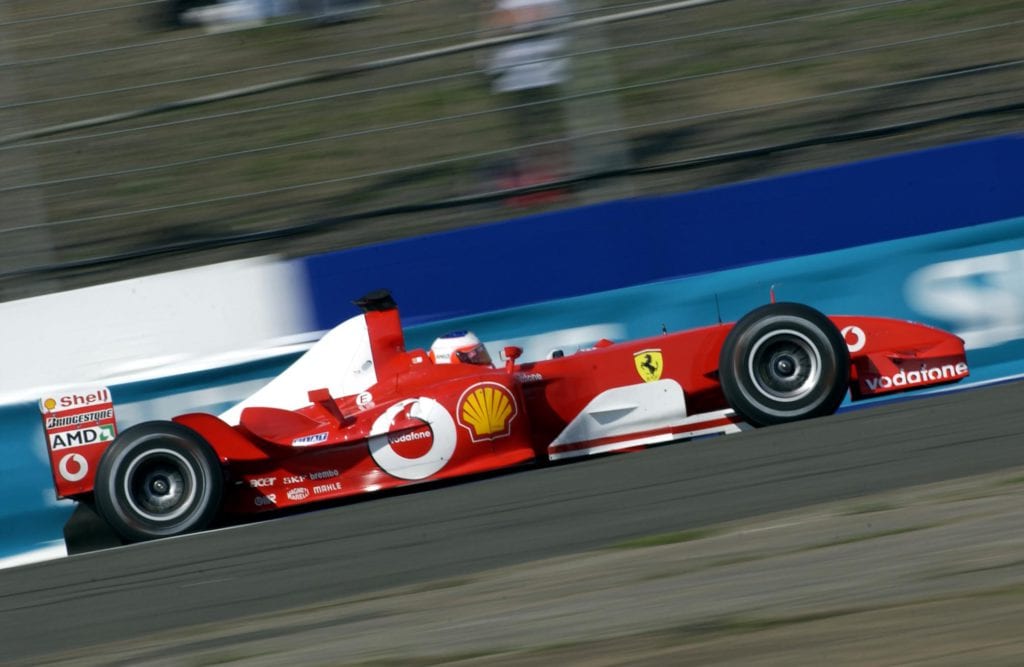 2008 German Grand Prix
The short-lived rule which stipulated that the pit lane would initially be closed during a safety car period showed just how much potential it had to shake up the order when Timo Glock had a big crash coming out of Hockenheim’s final corner.

Once the pit lane finally opened, Felipe Massa opted to pit but McLaren left Lewis Hamilton, the two both emerging as the main title protagonists. However, Nelson Piquet Jr, who’d qualified 17th for Renault and spent much of the race in the lower midfield, had the good fortune to have made his sole pit stop just before the safety car was deployed. Once everyone else had stopped, he found himself in third place, which became the lead once Hamilton and Nick Heidfeld ahead of him had pitted.

For a few laps, it looked as though Piquet might even win, but Hamilton had other ideas. He’d been let past by teammate Heikki Kovalainen and then set about attacking Massa. The Ferrari driver was nursing a slight braking issue but even so, his defence was sub-par and Hamilton went through. A few laps later he caught and passed the Renault to win – though Piquet held on to finish a surprising second ahead of Massa, who only just stayed ahead of Heidfeld. An unusual result, and one which potentially opened Renault’s eyes to the possibility of safety car shenanigans… 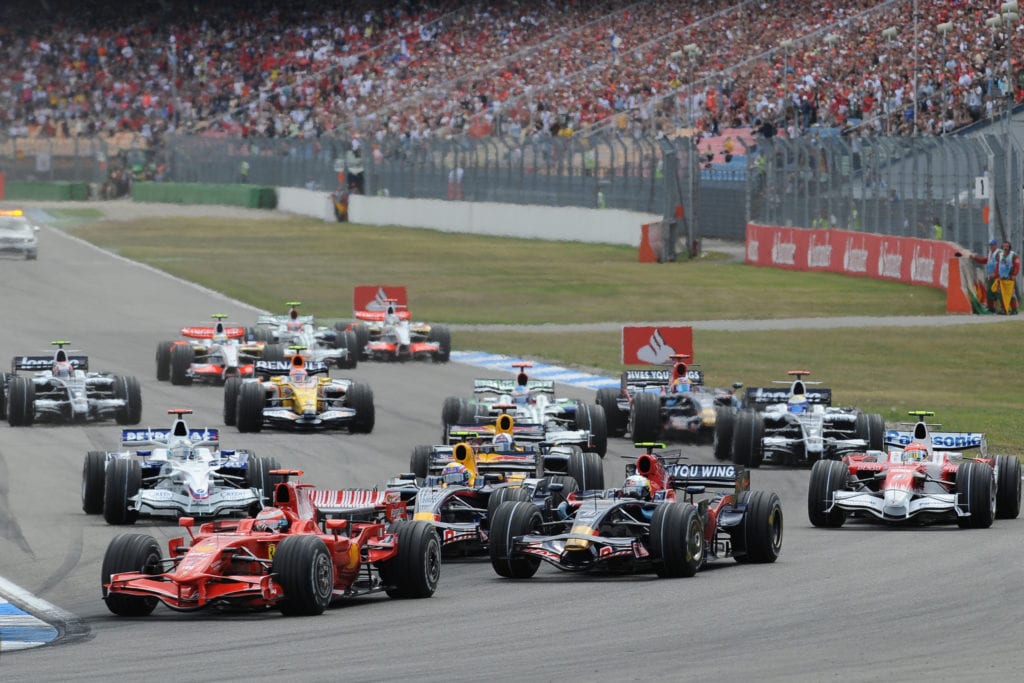 2014 German Grand Prix
Nico Rosberg won easily as a brake failure during qualifying consigned Lewis Hamilton to the back of the grid. Such was the pace advantage of the Mercedes in 2014, he still easily made it up to third by the end as Valtteri Bottas held to deliver a second place for Williams.

Chris Amon (born 1943) holds the unfortunate record of having led 183 laps over seven different races without ever having won one – more than anybody else. He made his debut in 1963 and after a number of impressive performances in uncompetitive cars, was signed by Ferrari for 1967, scoring a number of podiums. 1968 was the year that should have been – he was the driver to beat at the start of the year, but persistent reliability issues prevented him from winning a race (he only finished on the podium once all season) in a year where he should have been challenging for the title.

Amon left Ferrari in 1969, spent a season with March in 1970 and then joined Matra, who he raced for until 1972. From then on he found himself driving for a number of small backmarker teams (including an ill-fated attempt to start his own team in 1974) before retiring in 1976.

The last woman to enter an F1 race, Giovanna Amati (born 1959) drove for Brabham in 1992. However, she was well off the pace in the uncompetitive car and, after failing to qualify for the first three races of the year, was dropped in favour of Damon Hill.

Claudio Langes (born 1960) holds the unfortunate record of the most grand prix entries without ever managing to start a race. Driving for Eurobrun in 1990, he failed to pre-qualify for 14 races before the team went bust.

Bernd Schneider (born 1964) made his F1 debut with Zakspeed in 1988, but the team was on a rapid decline from an already low peak and he only qualified for eight races in two years. He made a couple of appearances for Arrows in 1990, but by that point had turned his focus away from single-seaters and into sportscar and touring car racing.

Alex Yoong (born 1976) became the first Malaysian F1 driver when he joined Minardi for the final three races of 2001. He stayed with the team for 2002 where he finished seventh in an attritional Australian GP, but generally struggled as he failed to qualify on three occasions.