On This Day In F1 – Alboreto Overtook Other Drivers For Fun At Monaco – WTF1
Skip to content
×
Formula 1 , On This Day

1957 Monaco Grand Prix
Stirling Moss triggered an accident while leading on the fourth lap which ended up wiping out most of the front runners. He crashed out of the lead at the chicane and in avoidance, Peter Collins crashed, too. Mike Hawthorn was caught out by Tony Brooks slowing down ahead of him and ran into the back of him, ending his race as well. Brooks recovered to finish second but it was Juan Manuel Fangio who picked his way through the chaos the most efficiently and went on to win. Masten Gregory ended up third, taking a podium on his grand prix debut.

1985 Monaco Grand Prix
Michele Alboreto put on one of the most underrated and impressive Monaco drives ever. He started third and pulled off a superb move on Nigel Mansell at Ste Devote for second, which became the lead when Ayrton Senna’s Lotus broke down. Alboreto then lost the lead after running wide on oil from a fiery crash between Nelson Piquet and Riccardo Patrese, only to retake it a few laps later when he passed Alain Prost – this time around the outside of Ste Devote.

Alboreto’s luck then took another bad turn when he got a puncture and had to pit, dropping to fourth place and some 45 seconds behind Prost. He wasted little time in his recovery drive, slipping past Andrea de Cesaris at Mirabeau and then completing a third successful move at Ste Devote when he deprived Elio de Angelis of second place. A man on a mission, Alboreto’s best lap was more than 1.2 seconds faster than anyone else could manage and he ended up just 7.5 seconds behind Prost in a race he almost certainly should have dominated.

1996 Monaco Grand Prix
A strong contender for the most chaotic and unpredictable F1 race in history, just three cars were left running at the finish as rain played havoc with the order. Five cars (including Michael Schumacher) retired on the first lap alone, with a further four disappearing after 10 laps. Damon Hill and Jean Alesi both had car failures while leading as Olivier Panis scythed his way through from 14th on the grid to win what would be his only grand prix.

While there was an element of luck to his race, Panis also earned his result. He overtook a number of cars on-track, was one of the first drivers to switch to slick tyres, and at times was several seconds a lap faster than anyone else. He was also the only person to successfully overtake Eddie Irvine, who’d spent much of the race holding up a huge queue of faster cars. Panis’s win was the last for Ligier and the first time a French driver in a French car had won at Monaco since Rene Dreyfus in 1930. The other two runners were David Coulthard, who drove the race while wearing Schumacher’s helmet after his own had issues in warm-up, and Johnny Herbert’s Sauber.

Birthdays
Although best known as the founder of Lotus and one of the men behind several of Formula 1’s biggest technological leaps, Colin Chapman (born 1928) also had an extremely brief career as a driver. He entered the 1956 French GP with Vanwall and qualified an impressive fifth (ahead of teammate and future world champion Mike Hawthorn), only to be ruled out of the race following an accident in practice.

Bob Anderson (born 1931) was a regular privateer competitor in the mid-1960s, mostly driving a Brabham for his own DW Racing Enterprises team. His best result was a third place in the 1964 Belgian GP and was still scoring the odd point here and there by 1967. There may have been more, too, but he sadly died in a testing accident at Silverstone later that year. 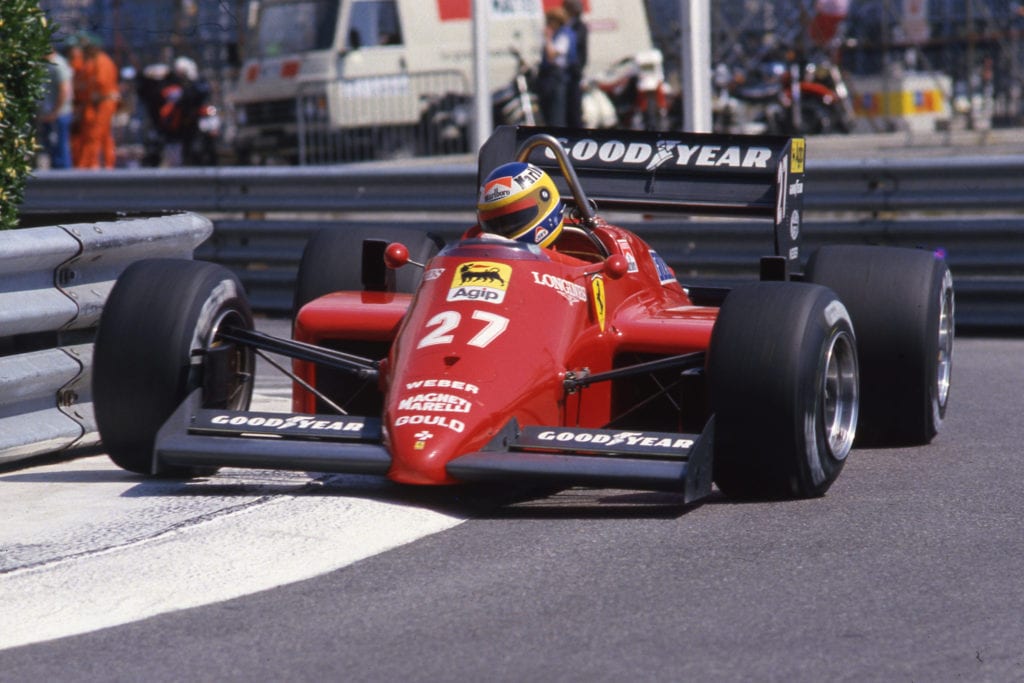