On This Day In F1 – Alesi Won His Only Grand Prix

1995 Canadian Grand Prix
Michael Schumacher had led most of the race until he was forced to make a lengthy pit stop to fix an electrical issue, dropping him down to fifth. That put Jean Alesi in the lead for Ferrari as the French-Sicilian driver went on to claim a long overdue first win – and on his 31st birthday, to boot.

Also, since he was driving the No. 27 Ferrari – a combination heavily associated with Gilles Villeneuve – at a circuit named after the great Canadian, the popularity of the result went off the scale. The crowd invaded the track as soon as he crossed the line, preventing many drivers from finishing the race and causing the FIA to take the race results from the lap before.

There was also joy at the Jordan team as Rubens Barrichello and Eddie Irvine finished second and third, the team’s first double podium. To cap off a mega race, Alesi’s car ran out of the fuel on the cooldown lap and he had to hitch a lift back on Schumacher’s Benetton. Incredibly (and completely unfairly), this would be Alesi’s only F1 win.

2006 British Grand Prix
Fernando Alonso completely dominated the event, winning from pole and setting fastest lap along the way as Michael Schumacher finished a distant second with Kimi Raikkonen third. This was also the last time two of the sports most spectacular and controversial drivers would score points. Juan Pablo Montoya finished sixth and 1997 champion Jacques Villeneuve eighth – both would leave F1 before the season was done.

2017 Canadian Grand Prix
As Lewis Hamilton easily won from teammate Valtteri Bottas, the drama in the race surrounded the two Force Indias. Both had looked quick and were challenging Daniel Ricciardo for third. Sergio Perez was unable to make a move and, although Esteban Ocon behind him was on fresher tyres, a definitive team order never really came. By that stage, a recovering Sebastian Vettel (who’d had to pit on the first lap with a broken front wing) was up behind them and a position swap between the Force Indias became too risky. Vettel made a bold move to get past the duo and eventually finished fourth.

News
Although not F1-related, the 1955 Le Mans disaster is far too important not to mention and it ended up having ramifications across motorsport, including in F1.

During the race, Mike Hawthorn slowed down to make a pit stop. The car of Lance Macklin swerved to avoid him, causing Pierre Levegh’s Mercedes to hit the back of Macklin and launch into the crowd. Debris and flames flew through the bystanders, resulting in more than 80 deaths. Mercedes later withdrew from the race and at the end of the season pulled out of motorsport, not properly returning until the 1980s. Switzerland banned motorsport entirely, while three races cancelled their slots on that year’s F1 calendar. It remains the biggest and most tragic disaster in motorsport history.

Birthdays
Jackie Stewart (born 1939) is a Formula 1 legend by statistics alone. From his 99 starts he won 27 times (holding the win record for 14 years) and three world championships. But it was what he did outside of the cockpit that marks him down as one of the greatest. He wasn’t the first driver to realised that motorsport needed to be safer but he was by far the most influential when it came to making changes.

His tireless campaigns for improved safety saw the addition of guard rails, enclosed pits, better on-site medical facilities and emergency responses, among other things. He led boycotts of circuits deemed to be too dangerous, such as the Nordschleife and old Spa.

It didn’t make him popular – many at the time believed the danger was a key aspect of the sport – but it was hard to properly criticise a man who would demand safety one day and then go and win at the Nordschleife in the fog with a broken hand the next. It was thanks to Stewart that safety became a key aspect of motor racing, leading to countless lives saved. That, combined with his immense talent behind the wheel makes him not just one of the best drivers of all time, but potentially even the greatest. He even ran an F1 team with his son between 1997 and 1999, which was just becoming successful when it was bought out by Ford and run as Jaguar before it morphed into Red Bull.

Bob Evans (born 1947) had a regular drive with BRM in 1975, managing a best result of ninth in the Belgian GP. The following year he had a couple of outings for Lotus and one in a Brabham before going back to race in national championships.

Aside from his first race with Token in 1974, Tom Pryce (born 1949) spent all of his career with Shadow – and mighty impressive he was, too. He frequently qualified well, putting it on pole for the 1975 British GP, and managed a couple of podiums for what was very much a midfield team. During the 1977 South African GP, Pryce met a senseless end when a marshal carrying a fire extinguisher crossed the circuit over a blind brow. Pryce hit him and died instantly, bringing a premature end to the life of one of the sport’s brightest young talents.

Jean Alesi (born 1964) had a sensational debut in the 1989 French GP when he finished fourth for Tyrrell. He stayed with the team the following year and stunned everybody by nearly winning a couple of races, putting him top of the list of many top teams. For 1991, he had a choice – sign with Ferrari, which had come close to the 1990 championship, or Williams, which was still going through something of a rebuilding phase.

As Williams went on to dominate the decade, Ferrari went through one of the lowest periods in its history, leaving Alesi powerless to achieve the results he was capable of. In 1996 he joined reigning champions Benetton, just as the team went into decline, before seeing out his career with Sauber, Prost and Jordan. Brilliant off the line and as good as anyone in the wet, it’s a travesty that Alesi has just one win to his name – especially as, on so many occasions, he was running in strong positions, only to be denied by poor reliability or bad luck. 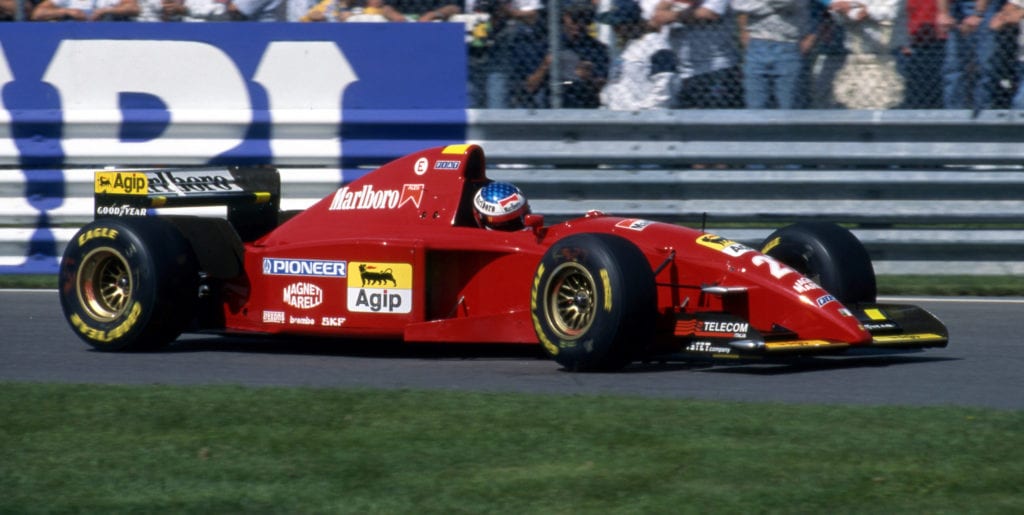