On This Day In F1 – Alonso Announced He Was Joining McLaren (For The First Time) – WTF1
Skip to content
×
Formula 1 , On This Day

News
Despite having just won his first world championship for Renault and being set to drive for the team again the following year, on this day in 2005 (yup, more than a year in advance) it was announced that Fernando Alonso would be a McLaren driver in 2007.

It seemed a shock at the time, but Alonso had always dreamt of driving for McLaren and emulating the achievements of Alain Prost and Ayrton Senna – as a kid, one of his first karts was painted in a Marlboro McLaren livery. Another of Alonso’s reasons for leaving Renault was in pursuit of a “fresh new challenge”. He certainly got one in the form of Lewis Hamilton, and the only aspect of Prost and Senna’s McLaren days he really got to experience was the toxic relationship…

Birthdays
Onofre Marimon (born 1923) was one of a handful of talented Argentinean drivers who raced in F1 in the early 1950s. A Maserati driver between 1951 and 1954, he managed two podiums and a fastest lap from his 11 starts before dying in an accident at the German Grand Prix. 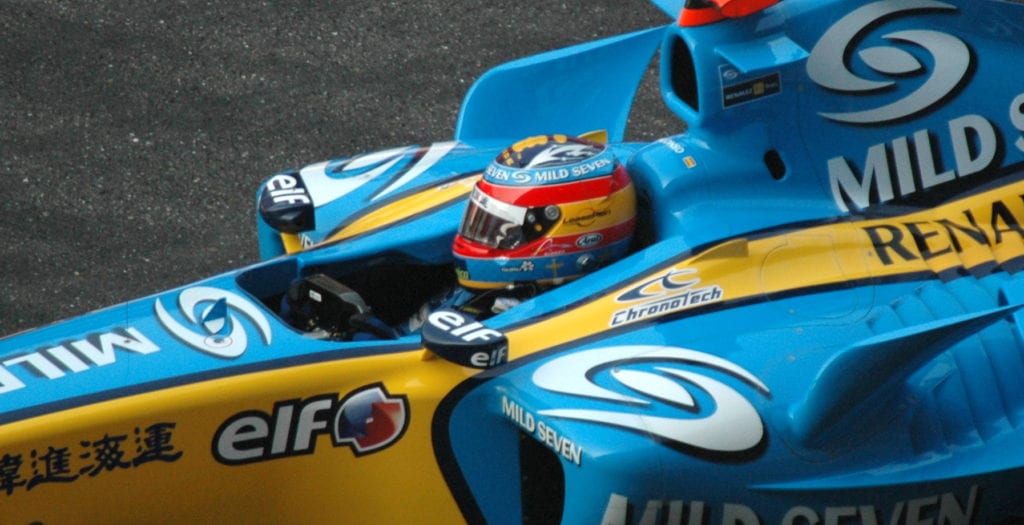