On This Day In F1 – Alonso Defended Beautifully Against A Charging Schumacher – WTF1
Skip to content
×
Formula 1 , On This Day

2005 San Marino Grand Prix
When Kimi Raikkonen’s McLaren did its 2005 party trick of breaking down while in the lead, Fernando Alonso was left in a comfortable lead and seemingly on his way to another easy win. However, Michael Schumacher had other ideas.

For probably the only time that season, the Ferrari F2005 was working its Bridgestone tyres perfectly and Schumacher was able to capitalise brilliantly. After starting down in 13th and being caught up in a Trulli Train for the first third of the race, he was finally able to make use of clear air to jump up to second after his pit stop, just behind Alonso. He’d been pumping in fastest lap after fastest lap, the best of which was eight tenths faster than anyone else and almost 1.3 seconds faster than Alonso. Even on the narrow twists and turns of Imola, he had plenty of time make a move and it looked certain that he’d find a way past.

For the final 12 laps of the race he was almost glued to the back of the Renault, probing and darting around trying to either find a way past or force the young Spaniard into a mistake. None of it worked. Alonso positioned his car beautifully and drove completely error-free to hold Schumacher off in one of the finest defensive drives of all-time, winning by just two-tenths of a second.

Jenson Button had finished third until the BAR team was later disqualified and banned for two races for using an illegal fuel tank, which promoted Alex Wurz – in a one-off drive standing in for Juan Pablo Montoya – up to third, almost eight years after he’d scored his first podium. That makes it the longest gap any driver has waited between consecutive podiums.

Birthdays
Mike Taylor (born 1934) made his debut in the 1959 British GP, which he retired from, and then returned for a second in the 1960 Belgian GP. Unfortunately, during practice the steering column on his Lotus failed at high speed, causing an enormous accident which left him with several broken bones and paralysed, and he had to undertake therapy in order to be able to walk again. Due to the way his car failed, he was able to successfully sue Lotus and received compensation from the team’s insurance company.

Silvio Moser (born 1941) started 12 races in F1 between 1967 and 1971, with a best finish of fifth in the 1968 Dutch GP. He even attempted to start his own team, Bellasi, but when that didn’t work out he returned to racing in other series, and died following a crash in a sportscar race at Monza in 1974. 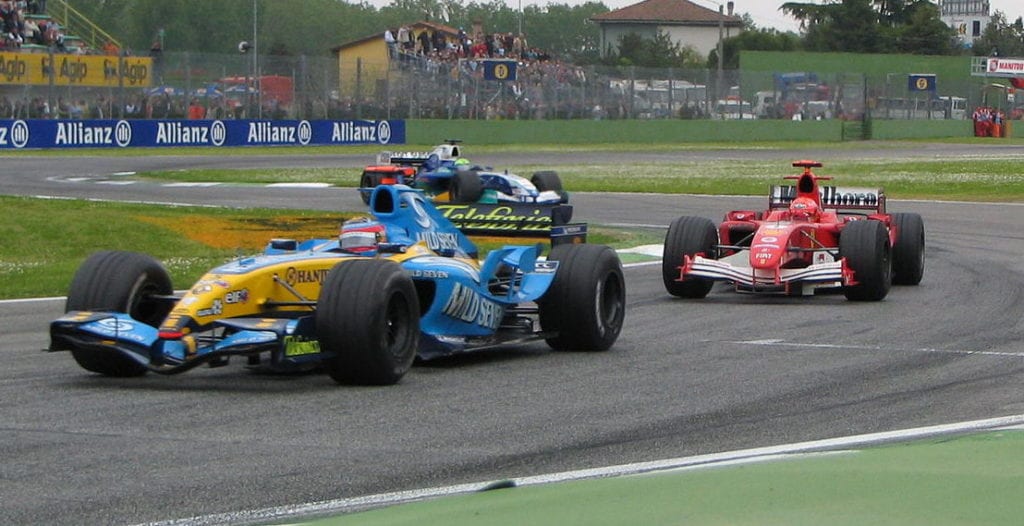