On This Day In F1 – Alonso Finished On The Podium For The Final Time… So Far – WTF1
Skip to content
×
Formula 1 , On This Day

1986 German Grand Prix
Nelson Piquet and Keke Rosberg – who’d announced his retirement ahead of the race – fought it out for the lead for much of the race. Heading into the final lap Rosberg was right up behind Piquet, only for his McLaren to run out of fuel with half a lap left. That left Alain Prost to chase Piquet down and in a race where fuel was an issue, you’d normally bet on Prost to be the driver to get it right. However, he too ran out of fuel – this time at the final corner – allowing Piquet to win ahead of Ayrton Senna and Nigel Mansell. Rene Arnoux snuck up to fourth, with Rosberg and Prost classified fifth and sixth.

1997 German Grand Prix
Having missed three races due to illness and the death of his father, Gerhard Berger was in unstoppable form upon returning to the Benetton team as he took pole position and won the race – the last one for both himself and Benetton (who, funnily enough, he’d also scored his first win for some 11 years earlier). Unusually, his biggest challenger in the race was Giancarlo Fisichella’s Jordan, who was right in contention until being put out with a puncture. Michael Schumacher wound up second with Mika Hakkinen third, and Jarno Trulli a superb fourth for Prost in just his third race with the team.

2014 Hungarian Grand Prix
Daniel Ricciardo brilliantly triumphed in a wet/dry thriller after making a series of late passes, eventually taking the lead with just three laps to go. The Mercedes drivers of Lewis Hamilton and Nico Rosberg struggled – Hamilton was hampered by having to start from the pit lane after a fire in qualifying, while Rosberg’s race pace was scrappy at best and he was harmed further when Hamilton ignored a team order to let him through.

However, the drive of the day surely had to go to Fernando Alonso. The 2014 Ferrari was utterly atrocious and, despite a strong start and early laps, he was later caught out by a poorly-timed safety car whereas those who were further back (such as Hamilton and Ricciardo) were able to benefit. Alonso quickly made up positions on track and, as others pitted, found himself in the lead. Instead of joining them in making another stop he and the team elected to stay out for the rest of the race, meaning Alonso would have to make the high-deg soft tyres last for almost half the race.

That he did, too, staying in the lead until his tyres dropped off of the cliff and Ricciardo was able to pass him, though he held on to finish a still-excellent second. That was not only the second and final podium Ferrari was able to manage all season, but incredibly turned out to be the 97th and final podium of Alonso’s F1 career – although with his return to Renault in 2021, he should have a chance to at least add a 98th.

Birthdays
Gino Bianco (born 1916) raced a Maserati in the last four races of the 1952 season, managing a best result of 18th in the British GP and retiring from all the rest.

Chris Lawrence (born 1933) stuffed a Ferrari V12 into a tiny Cooper T73 and used it to drive in two races in 1966. It wasn’t a particularly competitive combination, however, as he finished seven laps down in 11th in the British GP and then retiring from last at the Nordschleife.

Max Jean (born 1943) drove a March for Frank Williams in the 1971 French GP but had a bit of a miserable time. He qualified right near the back and had to nurse problems in the race to the point where he finished so far behind that he wasn’t classified.

In a career spanning 116 grands prix between 1984 and 1994, Philippe Alliot (born 1954) was a slightly accident-prone driver who spent most of his career with the Larrousse team, as well as stints at RAM, Ligier, and even a one-off race for McLaren in 1994. For all his races, his best results were a smattering of sixth places in the late 1980s and then a solitary fifth at the 1993 San Marino GP.

Ricardo Rosset (born 1968) had an alright junior career, but his time in F1 ended up being generally quite poor. He was blown away by Jos Verstappen in his debut season with Footwork in 1996, and then sat out most of 1997 after the Mastercard Lola project went belly-up. In 1998 he was back with Tyrrell and endured an atrocious season filled with silly errors and five failures to qualify, bringing an end to his F1 career with only a couple of attrition-based eighth places to show for it. 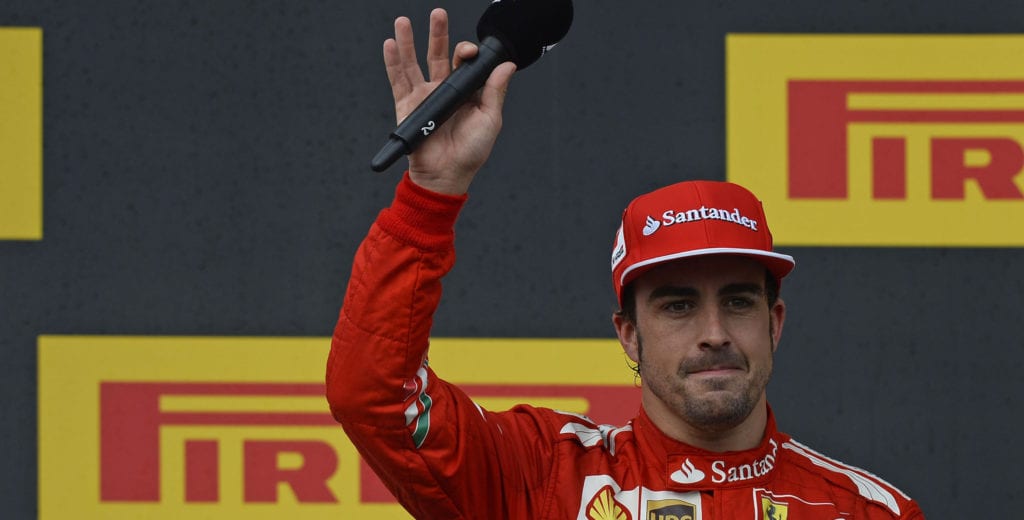