On This Day In F1 – Alonso Passes Four Cars On The Last Lap – WTF1
Skip to content
×
Formula 1 , On This Day

1969 Italian Grand Prix
Jackie Stewart clinched his first world championship in perhaps the most epic way possible. In a classic Monza slipstreamer, he just held off Jochen Rindt, Jean-Pierre Beltoise and Bruce McLaren in one of the closest finishes of all-time.

Part of Stewart’s success was down to a bit of ingenuity. Anticipating a potentially close finish, he deliberately chose a gear ratio that meant he wouldn’t have to change gear between the exit of the Parabolica and the finish line. The crucial time saved not having to momentarily come off the throttle probably won him the race.

1975 Italian Grand Prix
Emerson Fittipaldi finished second and Carlos Reutemann fourth, but it wasn’t enough for either to stay in the championship fight. Niki Lauda’s measured drive to third was enough for him to clinch his first title, whilst Clay Regazzoni’s victory gave Ferrari its first constructors’ title for 11 years.

1986 Italian Grand Prix
Nelson Piquet clawed one back in the title fight against his teammate. Nigel Mansell had led for much of the race but Piquet reeled him in, pulling off a ballsy pass for the lead at Curva Grande.

Stefan Johansson finished third for Ferrari, whilst two former champions scored the final points of their careers – Keke Rosberg in fourth and Alan Jones in sixth.

1997 Italian Grand Prix
With title contenders Jacques Villeneuve and Michael Schumacher having something of a quiet day, it was left to Jean Alesi’s Benetton and David Coulthard’s McLaren to fight it out for the win. Alesi led the first half of the race from pole with Coulthard close behind. Both pitted on the same lap but McLaren did a slightly better job, allowing Coulthard to emerge in front and go on to win. Heinz-Harald Frentzen finished third, with Giancarlo Fisichella and excellent fourth for Jordan.

2008 Belgian Grand Prix
Rain falling in the closing laps made for a thrilling finish. Fernando Alonso decided to pit for intermediate tyres on the final tour, gambling on the rain being too bad for those ahead on slicks to hold on. He proceeded to pass four cars on the final lap – two of which were coming out of the final corner.

It looks impressive, but in terms of strategy it didn’t really gain him anything. He’d pitted from third and finished fourth, with Nick Heidfeld (who’d pitted for inters a few laps earlier) rocketing up onto the podium. Alonso would probably have lost that position to him if he’d stayed out, but at least in pitting he got to have a bit of fun.

Sebastien Bourdais was tearful after the race. He’d been running a fine fifth for most of it, ahead of teammate Sebastian Vettel, and the craziness of the closing stages left him in third starting the final lap. In the chaos, he dropped behind Vettel and finished seventh – an undeserving result for what had been a great performance.

Something also happened up at the front between Kimi Raikkonen and Lewis Hamilton, but it doesn’t seem to be very well documented.

2014 Italian Grand Prix
A poor start for Lewis Hamilton saw Nico Rosberg lead for the first half of the race. Hamilton quickly closed in, however, and took the lead when Rosberg messed up his braking for the first corner and had to navigate his way through the runoff. Felipe Massa finished third with Valtteri Bottas fourth, whilst Daniel Ricciardo put in a charging drive to finish fifth.

Birthdays
Brian Hart (born 1936) started just one race – the 1967 German Grand Prix – albeit in a Formula 2 car, and finished three laps down and unclassified. He’s much more famous for his exploits as an engine builder, however. After success in F2, Hart engines powered Tolemans’ entry from 1981 to 1985, with Spirit, RAM and Haas also using Hart power at times. Hart had a second stint in F1 from 1993 to 1999, supplying the likes of Jordan, Arrows and Minardi. 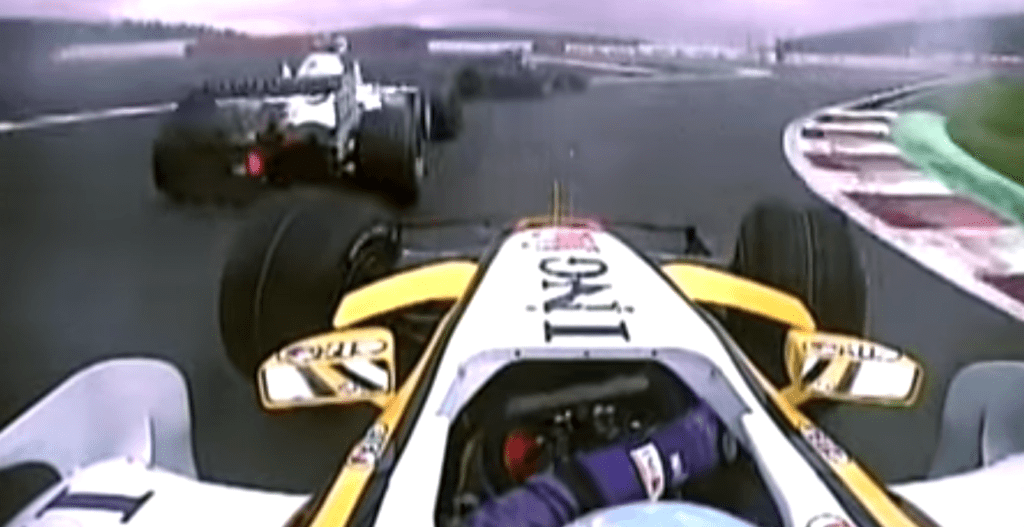