On This Day In F1 – An Official Safety Car Was Used For The First Time – WTF1
Skip to content
×
Formula 1 , On This Day

1976 United States Grand Prix West
James Hunt worked himself up following an early crash with Patrick Depailler. He stood at the side of the track furiously gesturing each time Depailler drove past and even sought him out after the race to throw all sorts of insults his way. Clay Regazzoni dominated the whole event from Niki Lauda while Depailler managed to finish third. Jacques Laffite finished an impressive fourth for Ligier in just the team’s third race.

1993 Brazilian Grand Prix
A mid-race rainstorm caused chaos in Interlagos – Ukyo Katayama and Aguri Suzuki crashed on the pit straight, triggering the deployment of the safety car. Although one had been used in the 1973 Canadian GP (causing all sorts of confusion in the process) this was the first time it had officially been seen after the FIA introduced it for all races at the beginning of the season. It wasn’t quite as flashy as the AMG Mercedes’ that later became an F1 mainstay and instead the field followed around a Fiat Tempra. Even the safety car wasn’t enough to calm things down, though, as Christian Fittipaldi spun at the first corner and was hit by Alain Prost.

A few laps after the restart, Ayrton Senna passed Damon Hill for the lead and went on to win, with Hill claiming his maiden podium in second and Michael Schumacher finishing third. Alex Zanardi took sixth for Lotus, the only point of his F1 career. Even though the race was over, the safety car wasn’t done with yet. Fans swamped the track and blocked Senna from getting back to the pits, so he jumped out of his McLaren and made his way back in the safety car, hanging out of the window and waving all the way.

2010 Australian Grand Prix
After a wet start, Sebastian Vettel was comfortably leading until his brakes failed and sent him spinning into the gravel just before half-distance. That left Jenson Button in the lead – he’d struggled on the intermediate tyres and so decided to become one of the first drivers to stop for slick tyres.

It proved to be a masterstroke as it jumped him up to the front of the field and set him on course to win in just his second race for McLaren. Robert Kubica finished a fine second for Renault, with Felipe Massa holding off Fernando Alonso for third.

Birthdays
Consalvo Sanesi (born 1911) started five race with Alfa Romeo across 1950 and 1951, with a best finish of fourth in the 1951 Swiss GP. A loyal Alfa Romeo driver, his F1 career ended when Alfa pulled out of the sport at the end of the season.

Hubert Hahne (born 1935) made his Formula 1 debut in the 1967 German GP, driving a Lola F2 car powered by a BMW engine. He failed to finish, but the following year returned and ended up 10th. In 1970 he came back with a March but, with the race held at Hockenheim instead of the Nordschleife that year, he failed to qualify.

Tony Brise (born 1952) was a promising driver who raced for Graham Hill’s team in 1975, where he scored a point in just his third start and actually proved faster than future world champion Alan Jones. However, he was one of the six people – along with Hill – who died in a plane crash at the end of the year while flying back from a test session. 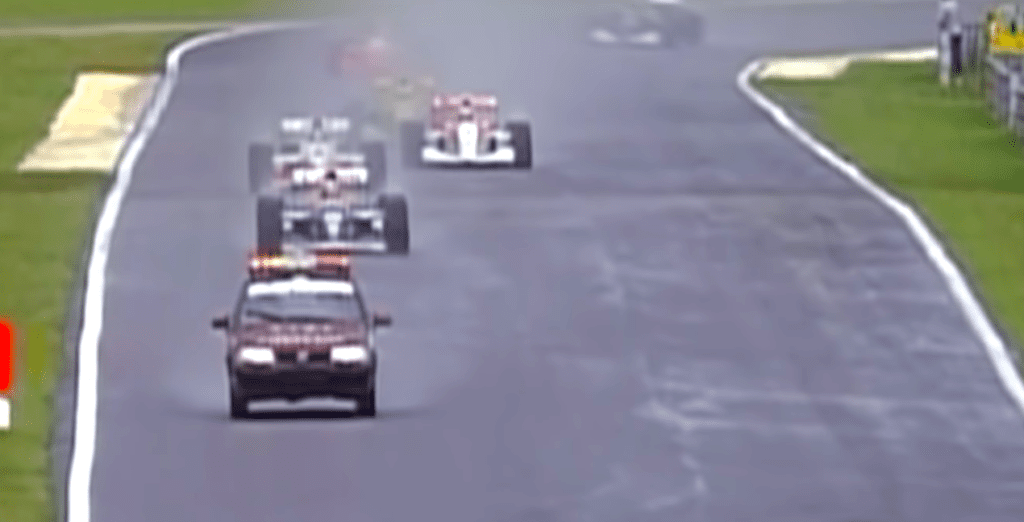