On This Day In F1 – Arnoux Won His Final Race

1977 Dutch Grand Prix
Niki Lauda won from Jacques Laffite in a race where many front-runners seemed determined not to finish. Mario Andretti took James Hunt out while battling for the lead early on, his engine failing shortly afterwards. Gunnar Nilsson crashed into Carlos Reutemann; Nilsson was out while Reutemann dropped way down the order. That left Theodore’s Patrick Tambay running in a podium position, though he ran out of fuel on the final lap, handing the place to Jody Scheckter’s Wolf.

1983 Dutch Grand Prix
René Arnoux thrust himself into championship contention with his third win in five races ahead of Ferrari teammate Patrick Tambay. It could have been a very different story, though – Nelson Piquet had led from pole and was fending off Alain Prost when the Renault driver made his move, only to end up crashing into the Brabham driver. The collision put both drivers out. Piquet went on to become champion by two points from Prost – was this the moment the Frenchman cost himself his first championship?

1988 Belgian Grand Prix
McLaren secured the constructors’ championship with its eighth one-two of the season as Ayrton Senna comfortably beat Alain Prost. Benetton drivers Thierry Boutsen and Alessandro Nannini finished third and fourth, but were later disqualified for fuel irregularities. That handed Ivan Capelli his first podium, the first for the March team in 12 years.

1994 Belgian Grand Prix
Michael Schumacher took an easy victory, despite having a spin halfway through the race. However, he was later disqualified for having too much wear on his car’s skid block. Benetton argued it was caused by his spin but stewards rejected the claim, handing victory to Damon Hill.

Mika Hakkinen was elevated to second in his Peugeot-powered McLaren while Schumacher’s teammate Jos Verstappen took his second (and final) career podium.

2011 Belgian Grand Prix
There was a bit of controversy between Red Bull and Pirelli during this weekend. Red Bull said the tyres were blistering so badly that Pirelli should provide more sets for safety reasons, while Pirelli blamed the issue on the team exceeding the recommended maximum values for camber. Red Bull’s request was denied, although it didn’t stop Sebastian Vettel and Mark Webber from recording a one-two.

Micheal Schumacher charged from 24th to fifth on the 20th anniversary weekend of his F1 debut, and Pastor Maldonado went from 21st to 10th to score his first F1 point. Lewis Hamilton had one of his many 2011-style brainfarts when he crashed into Kamui Kobayashi trying to overtake him, while Mark Webber managed to pull off an incredible pass on Fernando Alonso at Eau Rouge.

2016 Belgian Grand Prix
Nico Rosberg dominated as Lewis Hamilton had to fight through from the back following a 60-place grid penalty for taking on a load of new power unit components. He finished third behind Daniel Ricciardo as Force India had a typically impressive Spa day – Nico Hulkenberg and Sergio Perez finishing fourth and fifth.

Birthdays
Valtteri Bottas (born 1989) looked destined for big things after winning the 2011 GP3 championship. Four impressive seasons with Williams put him in a prime position to switch to Mercedes after Nico Rosberg’s unexpected retirement. He did a solid job in 2017 but failed to even win a race the following year. He kept his seat for 2019 and showed a sizeable improvement, particularly in qualifying, though has yet to make quite the impact on Hamilton that his predecessor managed. 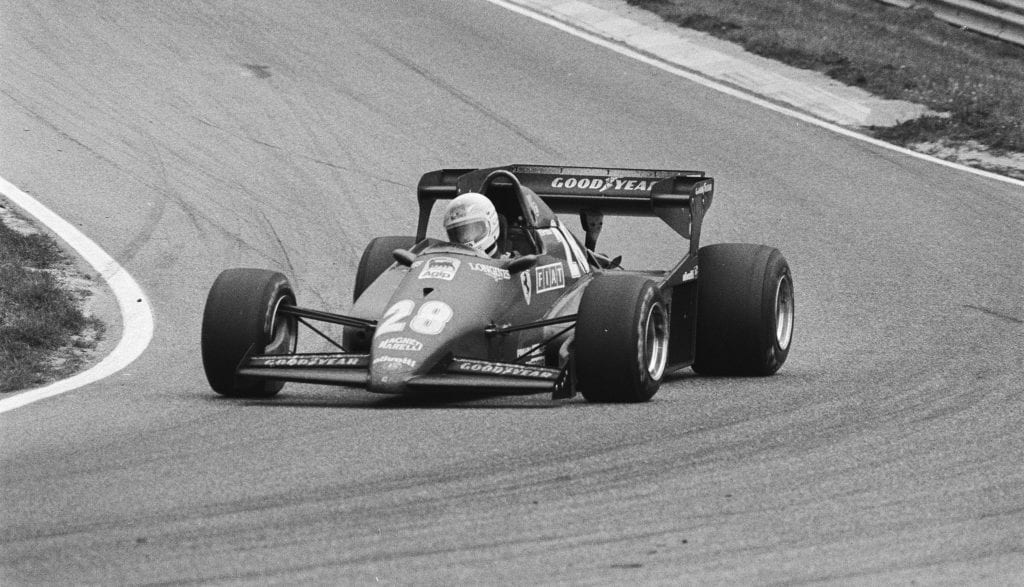