1991 German Grand Prix
Nigel Mansell continued to close down Ayrton Senna’s championship lead with a dominant win at Hockenheim, with Riccardo Patrese second and Jean Alesi third. Senna had a disappointing race and was running a lowly fourth when his McLaren ran out of fuel on the final lap, dropping him out of the points.

1996 German Grand Prix
An unfortunate Gerhard Berger led most of the race for Benetton and was looking set to win when his Renault engine expired with just a couple of laps to go. That handed Damon Hill his seventh win of the season ahead of Jean Alesi in second and Jacques Villeneuve third.

2002 German Grand Prix
The first race on the revised and truncated Hockenheimring was turning into a tense battle between the Schumacher brothers, only for it to be spoilt when Ralf’s Williams to develop an issue late in the race. Michael took the win ahead of Juan Pablo Montoya, with Ralf having to settle for third.

This was also the 394th and final grand prix for the Arrows team. Both cars retired from the race and, as the money ran out, failed to appear at any races for the rest of the season before slipping into liquidation at the end of the year. It meant the end of not only one of F1’s longest-running midfield teams, but also one of the best liveries in F1 history.

2013 Hungarian Grand Prix
Lewis Hamilton scored his first win for Mercedes, having joined the team at the start of the season. The Red Bulls of Sebastian Vettel and Mark Webber had strong pace throughout but were hindered by the hot weather causing them unusually high tyre wear. This meant they finished third and fourth behind the typically tyre-friendly Lotus of Kimi Raikkonen – though for Vettel, it’d be the last race of the season where he didn’t win as he went on a remarkable nine-race winning streak.

2019 German Grand Prix
Mercedes celebrated 125 years of motorsport by painting its cars in a special retro white livery and having team members dress up in period clothing. But, instead of Mercedes’ home race becoming a celebration, it turned into a nightmare as rain threw everything into chaos – especially at the treacherously slippery drag strip on the outside of the final corner.

The drag strip claimed a number of high profile victims, including Lewis Hamilton, who was leading at the time. He knocked his front wing off and then a lengthy unexpected pit stop to fix it dropped him way down the order. Up at the front, Max Verstappen survived a spin following an ill-timed switch to slicks and comfortably won the race, while Sebastian Vettel put in an assured drive to go from 20th on the grid to second. Third place was fought between the unexpected duo of Lance Stroll’s Racing Point and Daniil Kvyat’s Toro Rosso, with both having timed their final stops for slicks to perfection. In the end it was Kvyat who snuck Toro Rosso’s first podium since 2008 as Stroll finished fourth. Valtteri Bottas perhaps should have been third in the other Mercedes, but he crashed out at Turn 1 late in the race.

Hamilton finished out of the points in 11th, but was later promoted up to ninth when both Alfa Romeo’s were penalised for a technical breach. This also put the Robert Kubica up into the points for Williams’s only points finish of the year.

Birthdays
One of the fastest drivers of the 1950s, Luigi Musso (born 1924) scored a number of podiums and a win in a 24-race career in which he drove for Maserati and Ferrari. He had a bitter rivalry with his Ferrari teammates as well as a crippling gambling addiction, both of which drove him to push harder than, at times, he perhaps should have – both in order to prove a point to the likes of Mike Hawthorn and Peter Collins, as well as to win money to pay off his debts. During the 1958 French GP, he crashed his Ferrari while chasing down Hawthorn for the lead, sustaining fatal injuries.

Heini Walter (born 1929) drove a Porsche in the 1962 German GP, where he qualified and finished a very reasonable 14th. Massimo Natali (born 1935) raced in the 1961 British GP, qualified near the back, and retired on the opening lap.

Yannick Dalmas (born 1961) made his debut with Larrousse towards the end of 1987 and managed a fifth-place finish in the Australian GP, just his third race. He had some solid results with the team the following year but he then contracted Legionnaire’s Disease, causing him to miss some races and, when he returned in 1989, minus some of the speed he’d had previously. The next two seasons consisted mainly of failures to qualify but he went on to find great success in sportscars, winning the 24 Hours of Le Mans on four occasions. 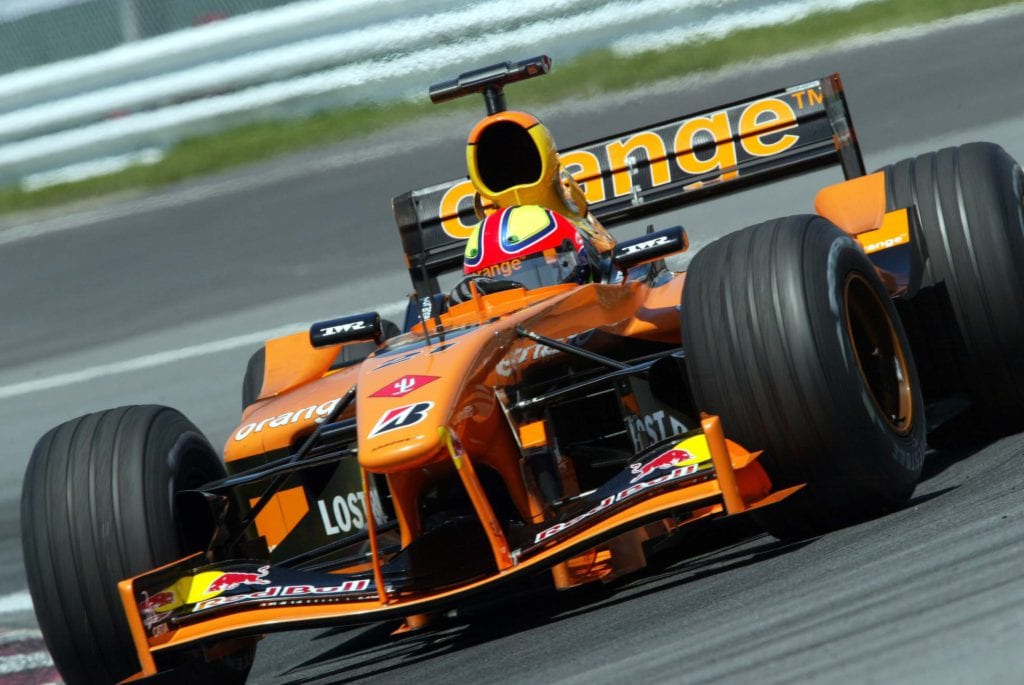