On This Day In F1 – Bottas And Raikkonen Accidentally Photobombed Someone’s Selfie – WTF1
Skip to content
×
Formula 1 , On This Day

2015 Russian Grand Prix
Nico Rosberg’s already slim championship hopes all but slipped away when he retired from the lead after just seven laps. Lewis Hamilton won from Sebastian Vettel, but there was late drama over the final podium spot.

Sergio Perez had been running third for a while until he was passed by Valtteri Bottas and Kimi Raikkonen with a couple of laps to go. Then, on the last lap, Kimi had a go at Bottas into Turn 4 but succeeded only in punting his countryman out of the race. At the same time, a fan was taking a photo – talk about perfect timing!

The crash elevated Perez to the podium and with Raikkonen dropping to eighth after a 30-second penalty, it meant that Mercedes clinched the constructors’ title with four races still to go.

Birthdays
Nello Pagani (born 1911) drove in one championship race, finishing seventh in the 1950 Swiss GP. Do you like long names? Because here comes a long name: Alfonso Antonio Vicente Eduardo Angel Blas Francisco de Borja Cabeza de Vaca y Leighton, 11th Marquess of Portago (born 1928 – better known as Alfonso de Portago) started five race for Ferrari across 1956 and 1957. His best finish was a second place in the 1956 British GP in a shared drive with Peter Collins. De Portago was also a gentleman jockey and a handy bobsleigh pilot, narrowly missing out on a medal in the 1956 Winter Olympics. He was killed in a crash in the Mille Miglia which also claimed the lives of his co-driver and nine spectators. 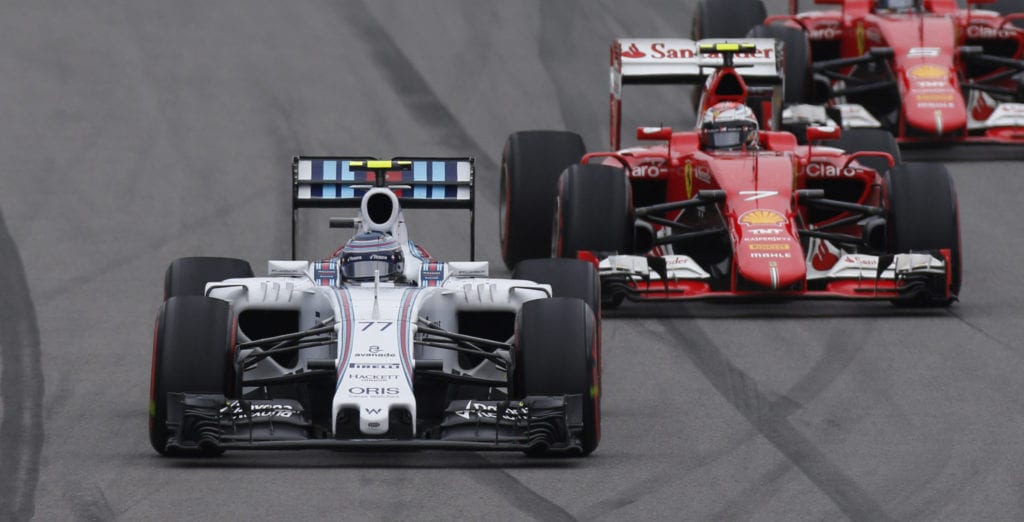