On This Day In F1 – Brabham Won Its Final Grand Prix – WTF1
Skip to content
×
Formula 1 , On This Day

On This Day In F1 – Brabham Won Its Final Grand Prix

1957 French Grand Prix
The Ferrari trio of Luigi Musso, Peter Collins and Mike Hawthorn were powerless to stop Juan Manuel Fangio from making it three wins from three races. Fangio’s only mistake was a slightly dodgy start which saw him drop from first to third, but it only took him three laps to get back out in front and win by 50 seconds from Musso.

1968 French Grand Prix
Jacky Ickx won his first grand prix ahead of John Surtees and Jacky Stewart, but the race (which was the final one to take place at Rouen) was mired in tragedy. Jo Schlesser was making his F1 debut driving the experimental Honda RA302, a car Surtees had refused to drive it, feeling it was unsafe. That was sadly proven on the third lap when Schlesser had a high-speed accident, causing the magnesium-bodied car to erupt in flames, killing Schlesser in the process.

1974 French Grand Prix
F1 raced at the Dijon-Prenois circuit for the first time – a track so short that, for the only time in F1 history, lap times dipped under the one-minute mark. Ronnie Peterson took the win ahead of Niki Lauda, with Clay Regazzoni just about holding off Jody Scheckter for the final spot on the podium. The short length of the circuit proved unpopular as it made for a slightly crowded track, and the layout was extended by the time F1 returned to Dijon in 1977.

1985 French Grand Prix
Nelson Piquet delivered the Brabham team its 35th and final F1 victory having taken the lead from Keke Rosberg early on. Rosberg himself made a late decision to stop for new tyres which dropped him to fourth, but it proved to be the right choice – he swiftly took third from Elio de Angelis and then reeled in Alain Prost to take second on the final lap. Had he pitted a couple of laps earlier, he might have been able to catch Piquet.

1991 French Grand Prix
Alain Prost and Nigel Mansell fought it out for victory in the first GP to take place at Magny-Cours. Prost led the early stages until Mansell made use of backmarkers to take the lead. He slipped to second again following a slow pit stop, but was able to retake the lead – and the win – with a super move around the outside of the hairpin. Ayrton Senna finished third, over half a minute behind.

2002 British Grand Prix
Juan Pablo Montoya led from pole at the start, but it wasn’t long before the rain came down and at that point, there was only going to be one outcome: Michael Schumacher took the lead and romped off to victory. Rubens Barrichello proved just how quick the Ferrari was by going form 14th on the first lap (following a bad start) to running second after just 19 laps. Montoya ended up third, the only other driver on the lead lap.

2013 German Grand Prix
The last time the German GP was held at the Nurburgring was just about won by Sebastian Vettel. Kimi Raikkonen was charging in the closing stages and, after his Lotus teammate Romain Grosjean let him through, got within a second of Vettel by the finish. Fernando Alonso was also giving it some in the final laps but ran out of time to deny Grosjean the final spot on the podium.

Birthdays
Jo Siffert (born 1936) made his F1 debut in 1962 and raced throughout the decade, mostly for privateer teams. He won the 1968 British GP in a Rob Walker Lotus, and in 1971 won the Austrian GP in a BRM. He was also an extremely quick sportscar racer for Porsche’s factory team, but tragically ‘Seppi’ (as he was known) died in a non-championship F1 race at Brands Hatch at the end of 1971.

Alessandro Nannini (born 1959) spent his first two years in F1 driving unreliable Minardis before joining Benetton for 1988. He was continually impressive, scoring a number of podiums and even inheriting the victory in the 1989 Japanese GP following Ayrton Senna’s disqualification. Unfortunately, his promising F1 career came to an end a year later when he almost lost his arm in a helicopter accident. 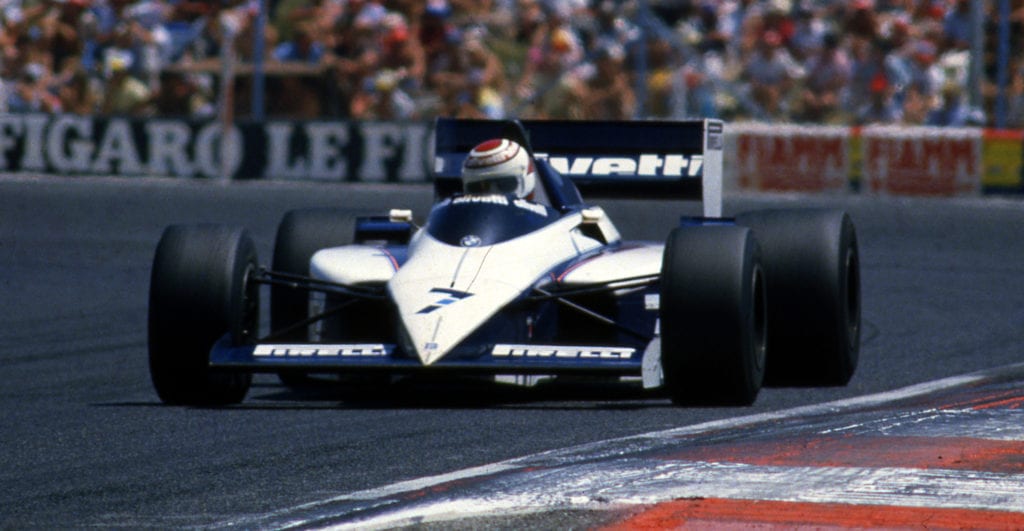