On This Day In F1 – Brawn GP Finished One-Two In Its First Race – WTF1
Skip to content
×
Formula 1 , On This Day

1981 Brazilian Grand Prix
Carlos Reutemann led from start to finish ahead of Williams teammate Alan Jones but it was a result few in the team were happy with. Reutemann’s contract said he was the number two driver and throughout the race, the team issued him the order to cede the position to Jones – which he duly ignored. It triggered all sorts of animosity between the two drivers and although Reutemann went on to challenge for the title, Jones refused to help his cause.

1998 Brazilian Grand Prix
McLaren and Mika Hakkinen totally dominated the race, the Finn taking a grand chelem as he won the second race of the season and his third in a row. David Coulthard was second once again, with Michael Schumacher third – albeit a minute behind the two McLarens, and just a few seconds ahead of Alex Wurz’s Benetton.

2009 Australian Grand Prix
A few weeks earlier it looked like the team might not even be on the grid, yet at the first race of the season Brawn GP cruised to a remarkable one-two finish as Jenson Button controlled the race from pole. Rubens Barrichello might not have finished second after making a poor start, but a late collision between Robert Kubica and Sebastian Vettel while battling for second elevated Rubens (who himself had almost lost his seat over the winner) to finish just behind his teammate.

Jarno Trulli drove his Toyota from a pit lane start to third, but was later penalised for overtaking Lewis Hamilton during a safety car, which promoted Hamilton to the podium. However, it was later revealed that Hamilton had mistakenly been told to let Trulli pass him during the safety car period and that he and McLaren’s long-time sporting director, Dave Ryan, had lied about the circumstances after the race. Hamilton was disqualified, the team received a suspended three-race ban, Ryan was sacked, and Trulli was given his podium position back.

We’ve recorded an episode of our ‘That Time When’ podcast series on the 2009 Australian GP – check it out here.

2015 Malaysian Grand Prix
Sebastian Vettel won in just his second start for Ferrari after out-strategising the two Mercedes, whose decision to pit under an early safety car proved to be a mistake. Lewis Hamilton ended up second with Nico Rosberg third, while Kimi Raikkonen backed up Ferrari’s pace by going from 11th to fourth, despite getting a puncture on the first lap. Max Verstappen qualified sixth and finished seventh for Toro Rosso, scoring a chunk of points in his second F1 race aged just 17 years and 180 days old – the youngest driver ever to do so.

Birthdays
Bill Aston (born 1900) entered three race in 1952 driving a car he helped design and build himself with perhaps the most British-sounding name ever – the Aston Butterworth. Unfortunately, the car was horribly unreliable – he failed to start the British GP, retired after two laps in Germany, and then failed to qualify in Italy.

Son of Sir Jack Brabham, Gary Brabham (born 1961) barely even had an F1 career – he joined the hilariously bad Life team in 1990 and, after dropping out of pre-qualifying in the first two events of the year (he was 35 seconds off the pace in the USA and the car didn’t even last for a lap in Brazil) he quit the team.

Marc Gene (born 1974) debuted with Minardi in 1999, scoring a point in that year’s European GP. After another season with the team in 2000 he took up a role as Williams test driver, which resulted in a few substitute drives. At the 2003 Italian GP he sat in for an ill Ralf Schumacher and qualified and finished fifth, and did the same for the French and British GPs the following year when Ralf was injured in a crash at Indianapolis. However, his results weren’t especially strong and he was replaced by Antonio Pizzonia, and at the end of the season took up a role as a Ferrari tester. 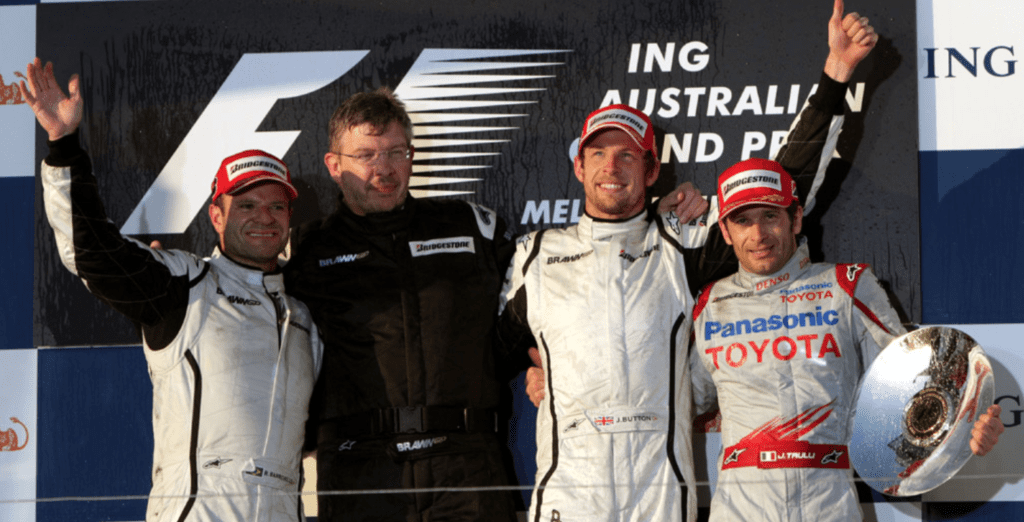