On This Day In F1 – Brawn GP Takes Its Final Victory – WTF1
Skip to content
×
Formula 1 , On This Day

On This Day In F1 – Brawn GP Takes Its Final Victory

1953 Italian Grand Prix
Juan Manuel Fangio snatched the win after leader Alberto Ascari spun at the final corner. Second-placed Giuseppe Farina went off in avoidance of Ascari, allowing Fangio to nip past both of them to take his first victory in two years.

1959 Italian Grand Prix
The power of the Ferraris wasn’t enough to overcome the light weight of the Coopers. Phil Hill led early on but had to pit for new tyres – something the Cooper drivers didn’t do. That allowed Stirling Moss to win from Hill with Jack Brabham in third – a result that allowed Cooper to win the constructors’ championship.

1981 Italian Grand Prix
John Watson was fortunate to walk away from a massive accident at the second Lesmo which tore his McLaren to shreds. He also proved the strength of carbonfibre – his MP4/1 was the first F1 car to be built with an all-carbonfibre monocoque. It wouldn’t be long before every other team followed suit.

Up at the front, Alain Prost took a commanding win ahead of Alan Jones to edge himself into championship contention. Running third, Nelson Piquet was set to take the championship lead – but on the penultimate lap his engine failed, dropping him to sixth. To make matters worse the main beneficiary was his main championship rival Carlos Reutemann, who moved up to third and took a three-point championship advantage heading into the final two races.

1992 Italian Grand Prix
On race day, Nigel Mansell announced his retirement from F1 as he didn’t fancy being teammates with Alain Prost the following year. Mansell led the opening stages of the race before allowing teammate Riccardo Patrese into the lead. They ran in that order until the closing stages when Mansell retired with hydraulic issues, and then a few laps later Patrese’s car developed the same problem – though he held on to finish sixth. Ayrton Senna inherited the victory, with Martin Brundle second and Michael Schumacher – who dropped to last on the first lap – finishing third.

1998 Italian Grand Prix
McLaren was running one-two after pole-sitter Michael Schumacher made a dreadful start and dropped to fifth. When David Coulthard retired and Mika Hakkinen struggled with both brake issues and the smoke from his teammate’s engine, Schumacher went from third to first in one fell swoop, sending the Tifosi wild.

Eddie Irvine made it a Ferrari one-two as Hakkinen slipped back to fourth. Ralf Schumacher took the final podium spot, marking the first time in F1 history that two brothers shared a podium.

2009 Italian Grand Prix
Brawn GP utilised a one-stop strategy to finish first and second (the final victory for both the team and Rubens Barrichello) ahead of the two-stopping Lewis Hamilton. Well, Hamilton would have finished third had he not crashed on the final lap, and Kimi Raikkonen took the spot.

Adrian Sutil proved Force India’s speed at Spa was no fluke by finishing fourth and taking the fastest lap, whilst returning teammate Tonio Liuzzi had been in contention for a podium until his car broke down.

Birthdays
Mike MacDowel (born 1932) entered just one race – the 1957 French GP – with a Cooper. He qualified last and finished seventh in a shared drive with Jack Brabham, who took over his car after crashing out early on.

It’s also the birthday of one of the most entertaining drivers in recent years – Kamui Kobayashi (born 1986). Drafted into Toyota at the end of 2009 as a sub for the injured Timo Glock, Kobayashi had a meagre GP2 record but quickly gained fans with some aggressive defensive driving against soon-to-be champion Jenson Button.

At Sauber for the next three years, Kobayashi continued to impress with a number of mega overtakes, with a series of lunges into the hairpin at Suzuka being particularly memorable. In 2012 he finally stood on a podium after finishing third, again at Suzuka, but was left without a seat at the end of the year. A brief return in 2014 didn’t reignite his F1 career – although given that he was driving for the struggling Caterham team, that was always going to be tough. 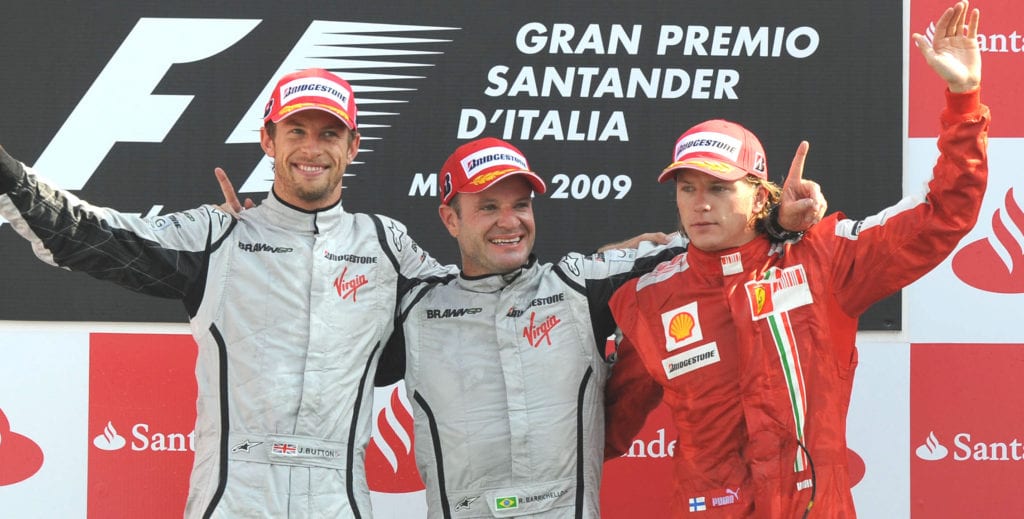