On This Day In F1 – Button Brilliantly Won For Brawn… Again – WTF1
Skip to content
×
Formula 1 , On This Day

On This Day In F1 – Button Brilliantly Won For Brawn… Again

1998 San Marino Grand Prix
David Coulthard dominated the race from pole despite having to manage a minor issue in the closing stages which allowed Michael Schumacher to close the gap. Eddie Irvine made it two Ferraris on the podium with Jacques Villeneuve fourth – championship leader Mika Hakkinen had to retire early on with a gearbox problem.

2009 Bahrain Grand Prix
Jenson Button made it three wins in four races after taking an impressive win from fourth on the grid. He did so by making two critical passes in the early phases of the race – one on Sebastian Vettel at the start, who was running more fuel in his Red Bull, and then one on the fast-starting Lewis Hamilton at the start of the second lap. This allowed him to build enough of a gap to not lose out to Vettel after the first round of stops – it also allowed him to jump both Toyota drivers – who’d locked out the front row in qualifying – and go on to win. Vettel finished second with pole-sitter Jarno Trulli third, while Timo Glock ended up a lowly seventh despite leading the opening laps of the race.

Birthdays
Gus Hutchison (born 1937) bought himself a Brabham and entered it in the 1970 US GP, only to retire after it developed a fuel leak following an off-track excursion.

Jean-Pierre Beltoise (born 1937) raced in F1 between 1967 and 1974 and was incredibly fast, scoring a number of podiums for Matra and coming close to victory on a few occasions. In 1972 he joined BRM, a team by now on the decline, and managed to pull off one of the biggest shock results in F1 history. Starting fourth on the grid in appallingly wet conditions, Beltoise took the lead on the first lap and never looked back, trouncing everyone – even wet-weather master Jacky Ickx. It was the only points he’d score all season and also BRM’s last win – in 1974 Beltoise also took the team’s last podium before retiring from F1.

Tom Jones (born 1943 – no, not that Tom Jones) attempted to qualify for the 1967 Canadian GP in a Formula 2 Cooper that had been converted to F1 spec, only for problems to prevent him from setting a representative time.

José Dolhem (born 1943) was Didier Pironi’s half-brother and Cousin and entered three races for Surtees in 1974. He failed to qualify for the first two, and was then withdrawn from the third at the US GP when teammate Helmuth Koinigg was killed in an accident.

John Colum Crichton-Stuart, Seventh Marquess of Bute – better known as Johnny Dumfries (born 1958) – got his F1 chance with Lotus in 1986 after Ayrton Senna had vetoed the team from hiring Derek Warwick. Despite some seriously impressive Formula 3 results in the past Dumfries seemed to struggle with F1 and was a long way from Senna’s pace, scoring just three points all season and even failing to qualify at Monaco. That would prove to be his only F1 season and he then went to race sportscars, winning the 24 Hours of Le Mans in 1988.

Daniil Kvyat (born 1994) was something of a surprise winner of the 2013 GP3 championship and even more surprisingly seemed to jump ahead of the ‘queue’ of Red Bull juniors to get a drive with Toro Rosso in 2014. He scored points on his debut – at the time setting the record for the youngest driver to do so – and impressed enough to be promoted to Red Bull the following season.

It seemed to be a bit too much too soon for the Russian however as despite managing a podium and outscoring teammate Daniel Ricciardo, it was more down to reliability than outright speed. In 2016, Red Bull was looking for any excuse to promote Max Verstappen to the team and Kvyat ended up being demoted to Toro Rosso. Performances didn’t improve and he was sacked midway through 2017, only to make a surprising comeback with the team in 2019 and ended up scoring a podium at Hockenheim 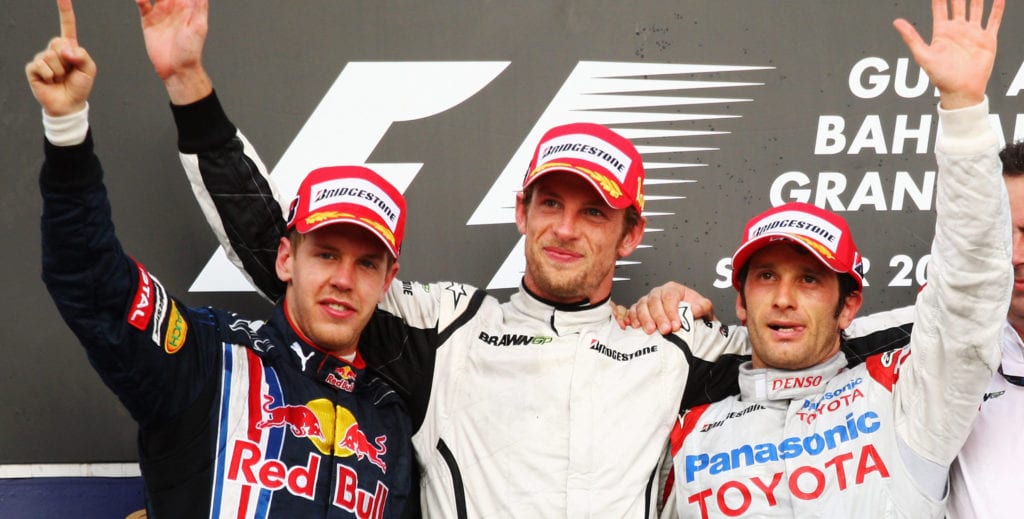