On This Day In F1 – Champions Are Crowned And Perez Romps To Second – WTF1
Skip to content
×
Formula 1 , On This Day

1973 Italian Grand Prix
Jackie Stewart charged from 20th to fourth after suffering a puncture early in the race. It was enough for him to win his third and final championship as Ronnie Peterson led home his Lotus teammate Emerson Fittipaldi – had the positions been swapped, Fittipaldi would have remained in championship contention.

1979 Italian Grand Prix
Ferrari cruised to a relatively straightforward one-two after René Arnoux’s turbocharged Renault failed whilst he was leading. Gilles Villeneuve dutifully followed Jody Scheckter home, the South African winning his first and only championship as Ferrari secured the constructors’ title for the fourth time in five years. An amazing stat from this race is that 23 of the 26 drivers who started the race were grand prix winners at some point during their career, with all 26 scoring a podium at some point.

1984 Italian Grand Prix
The first race ever to be filled with entirely turbocharged cars was a rather exciting one. Nelson Piquet did his usual thing of leading the early stages from pole before the BMW engine in his Brabham did its usual thing and blew up. That left Patrick Tambay leading for Renault with Piquet’s Brabham teammate Teo Fabi in close company, going after his first win.

Niki Lauda wasn’t having any of it, though. Despite driving through the pain of a hernia, he passed the pair of them to take the lead with eight laps to go. No sooner than he took the lead, Tambay and Fabi retired, promoting Michele Alboreto and Eddie Cheever onto the podium.

1990 Italian Grand Prix
Derek Warwick somehow walked away from a massive accident at the Parabolica on the opening lap – in fact, he not only walked away, but managed to jog back to the pits to take the spare car for the restart!

Jean Alesi provided all the action on both occasions by launching his underpowered Tyrrell into third place, only to spin out a few laps later. Ayrton Senna achieved a grand chelem (winning from pole, leading every lap and setting fastest lap) with Alain Prost second and Gerhard Berger third.

2007 Italian Grand Prix
Fernando Alonso dominated the event to take his fourth win of the season. Lewis Hamilton finished second after recovering from an early puncture, pulling off a lovely pass on Kimi Raikkonen along the way.

2012 Italian Grand Prix
Lewis Hamilton dominated as behind him all sorts of craziness occurred – Sebastian Vettel was penalised for putting Fernando Alonso on the grass at Curva Grande.

Alonso went on to finish third, but the star was Sergio Perez. He’d run a long first stint which saw him leading during the pit stop phase and when he finally stopped himself, his pace was electric.

He moved up from eighth to second in just 15 laps, and for a moment looked like he might even be able to catch Hamilton for the lead. As it was he remained second, taking his and Sauber’s third podium of the season. 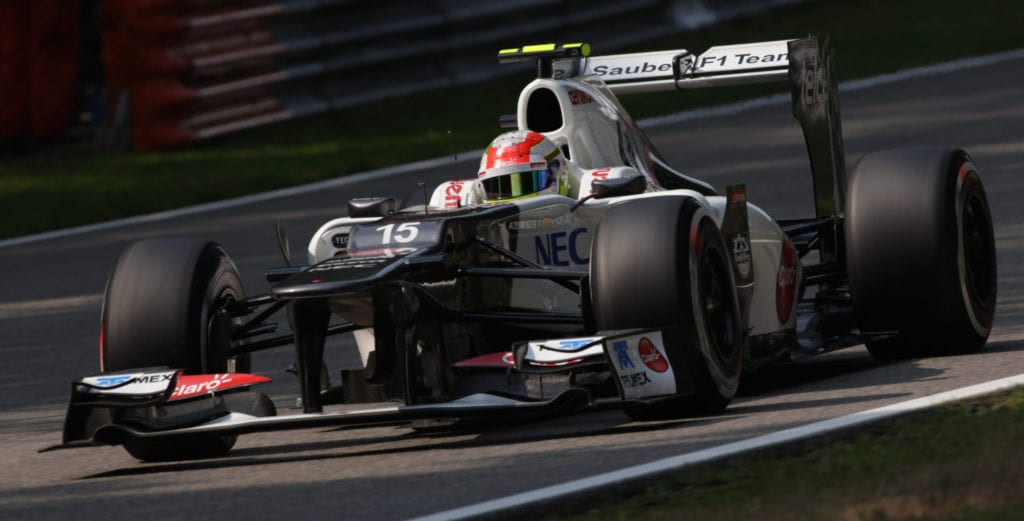