On This Day In F1 – De Cesaris Crashed And Lied About It – WTF1
Skip to content
×
Formula 1 , On This Day

1957 Pescara GP
The Pescara road course in Italy was the longest circuit ever used for an F1 race – and this was the only time it would be used. Ferrari felt the circuit was too dangerous and refused to send any cars – apart from one for Luigi Musso, who was so desperate to race that he convinced the team otherwise. Stirling Moss won for Vanwall ahead of Juan Manuel Fangio and Harry Schell.

On the final lap, Jack Brabham’s Cooper ran out of fuel. Fortunately, he’d come to a stop at a nearby petrol station and the owner gave him a free splash of petrol so he could make it to the finish. F1 really was a different sport in the 1950s…

1974 Austrian GP
Carlos Reutemann led from start to finish to win for Brabham. 1967 champion Denny Hulme finished second – it turned out to be his final podium as he would retire at the end of the season – while James Hunt completed the top three with yet another podium finish for Hesketh.

1985 Austrian GP
Niki Lauda had announced his retirement (for good, this time) during the weekend and was on great form. He led during the race, but a fairytale victory on home ground wasn’t to be when his engine popped, allowing Alain Prost to cruise through to the win.

The most amusing story came from Ligier. Andrea de Cesaris totalled his car in an enormous and spectacular accident during the race, yet somehow he managed to walk away. When he got back to the pits he told his team the car had broken (his filthy overalls weren’t a giveaway, apparently), so when they finally saw a replay, they weren’t best pleased. Team boss Guy Ligier reportedly said “I cannot afford to keep employing this man” and a race later, de Cesaris was fired.

2002 Hungarian GP
Ferrari won the constructors’ title again when Rubens Barrichello led Michael Schumacher home for a one-two. It wasn’t the greatest race, but Anthony Davidson did make his debut for Minardi, so there is that.

Perhaps the most interesting birthday, however, belongs to a chap called Clemente Biondetti (born 1898). He also started just one F1 race – the 1950 Italian GP – but what sets it apart was the car he was driving. Based on a Ferrari chassis, he’d essentially built it himself, stripping out all of the Ferrari internals and replacing them with bits from a Jaguar. Rumour has it there might even have been some Maserati bits in there.

It wasn’t great – he qualified 25th, 32 seconds off of pole position, and retired with engine failure 26 laps into the race. Still, he raced a Ferrari F1 car fitted with a Jaguar engine, and that’s pretty damn cool. 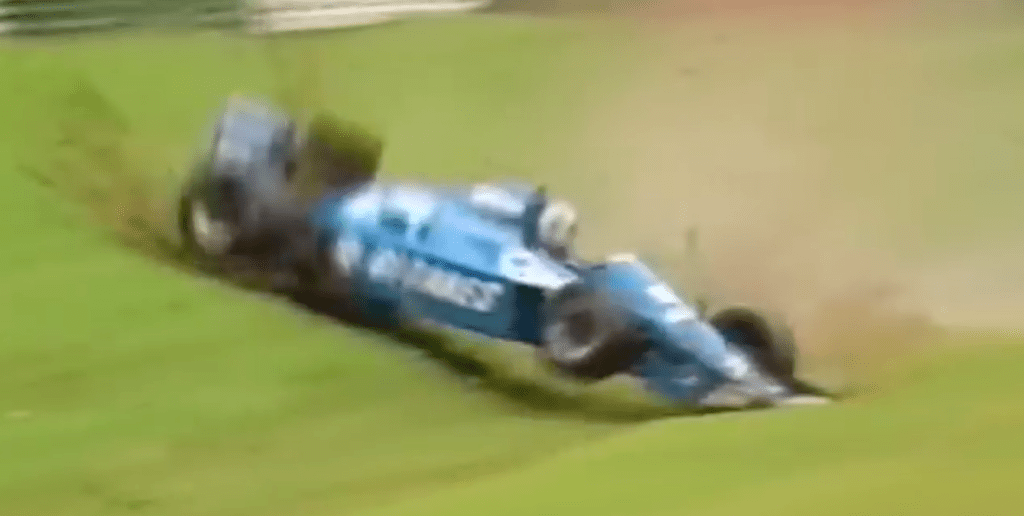