On This Day In F1 – Eddie Irvine Finally Won His First Race – WTF1
Skip to content
×
Formula 1 , On This Day

1970 South African Grand Prix
Jack Brabham took his final grand prix victory at the age of 44, beating Denny Hulme and Jackie Stewart. Graham Hill drove a remarkable race just a few months after his badly breaking his legs, finishing sixth in a Lotus and driving through the pain to the point where he had to be lifted from his car after the race.

1999 Australian Grand Prix
After scoring 14 podiums in three years with Ferrari, Eddie Irvine finally got to stand on the top step of the podium, thus avoiding the unenviable record of ‘most podiums without a win’. It took a little bit of luck for him to achieve – both McLarens retired from the race, Michael Schumacher stalled on the grid and had to start last, and he was hounded all the way by Heinz-Harald Frentzen’s Jordan. Still, it was a deserved result for the man who’d served so well as a number two driver for so long.

2004 Australian Grand Prix
The start of another year of Ferrari domination as Michael Schumacher led home Rubens Barrichello for a Ferrari one-two, with third-place Fernando Alonso over half a minute behind.

Birthdays
Hideki Noda (born 1969) managed to get a seat with the ailing Larrousse team at the end of 1994, driving the last three races of the year. Though he got up to speed reasonably quickly, mechanical issues saw him retire from each race. 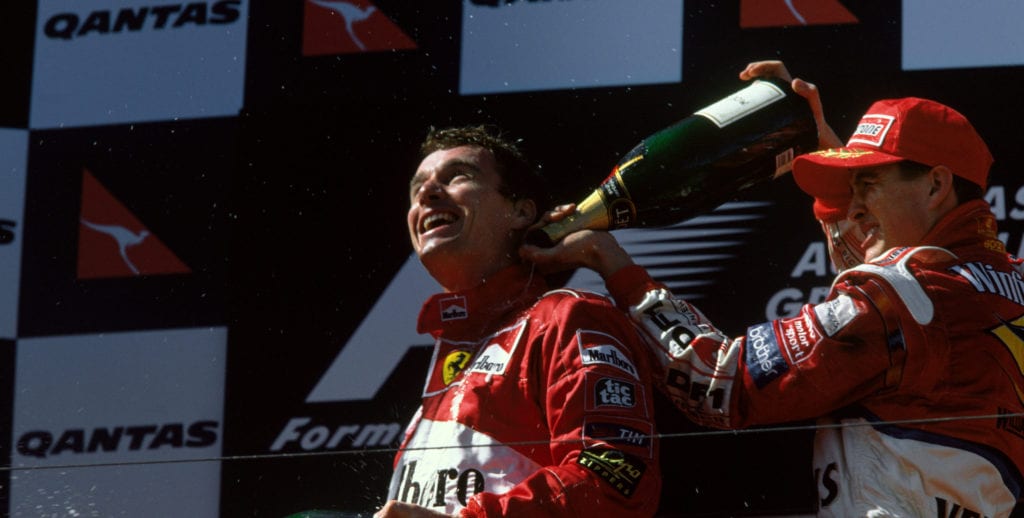