On This Day In F1 – Fernando Was Faster Than You – WTF1
Skip to content
×
Formula 1 , On This Day

On This Day In F1 – Fernando Was Faster Than You

1982 French Grand Prix
The result could hardly have been better for the home fans as René Arnoux led home Alain Prost in a Renault one-two, with Didier Pironi and Patrick Tambay making it four French drivers in the top four. There had been a pre-race agreement between the Renault drivers to allow Prost (who was in title contention) to win the race if they were in a position to do so – something Arnoux had elected to ignore, deciding that he’d rather win on home soil instead.

1993 German Grand Prix
After making a poor start and then having to serve a stop-go penalty for cutting the circuit, Alain Prost charged through the field to second and was closing on teammate Damon Hill in the closing laps. Hill seemed to have enough in hand, however, and was looking set to finally win his first race when, two laps from home, his engine failed. Prost swept through to win his 51st and final grand prix, with Michael Schumacher second and Mark Blundell third for Ligier.

1999 Austrian Grand Prix
David Coulthard did his McLaren teammate Mika Hakkinen no favours whatsoever when he tipped the Finn into a spin at the first corner. To make matters worse, Coulthard was then unable to win the race as Hakkinen’s main title rival Eddie Irvine got ahead during the pit stops and went on to win. Hakkinen, despite being last at the end of the first lap, was able to charge back through the field to at least finish third.

2004 German Grand Prix
As Michael Schumacher cruised to his 11th win in 12 races, Jenson Button put on a star performance for BAR. After starting 13th due to an engine penalty he charged through the field to finish on the podium, despite the fact his helmet strap had worked loose. On the straights, the airflow was causing it to lift up and choke him, requiring Button to drive one-handed on the straights as he used his other hand to push his helmet down, all while battling Fernando Alonso to finish second.

This was also the final race for the iconic Walrus-nosed Williams FW26, which Juan Pablo Montoya and Antonio Pizzonia used to finish fifth and seventh. For the next race in Hungary, the team opted to replace it with a more conventional and slightly more effective (but far less cool) front wing assembly.

2010 German Grand Prix
Exactly one year to the day before this race, Felipe Massa had been hospitalised with a fractured skull when a spring fell from Rubens Barrichello’s Brawn and hit Massa’s helmet during qualifying for the Hungarian GP.

It ruled him out of the rest of the season and when he came back in 2010, he had Fernando Alonso to cope with as a teammate at Ferrari. Massa was always a bit of a confidence driver and, despite having generally been off Alonso’s pace so far in the season, you got the sense that one good result might just signal a return to the form of the pre-accident Felipe.

Hockenheim could have been that race.

As front row starters Alonso and Sebastian Vettel were busy fighting each other for the lead, Massa swept past both of them to get out in front. And, as the race wore on, that’s where he stayed. Heading into the final third, Alonso was close behind Massa, with Vettel just a few seconds back. After a half-attempt to pass his teammate while lapping backmarkers and some intense discussion on the Ferrari pit wall, Massa’s engineer Rob Smedley uttered those now-infamous five words: “Fernando is faster than you”.

Massa let Alonso – by this point still an outside challenger for the championship – past coming out of the hairpin as Ferrari secured the one-two. As well as seeming like a thoroughly cruel decision against a driver who’d been through so much, it was also controversial because team orders were, at this point, banned.

The problem was that despite the ban, team orders had been rife up and down the grid with teams instead resorting to coded messages instead of obvious orders. Ferrari offered a token denial, despite the fact it was obviously a team order, but the FIA were left in an awkward position – they couldn’t really punish Ferrari in a manner which would affect the result because they’d let so many other instances slide in the past. Instead, Ferrari was pinged on the grounds of “bringing the sport into disrepute” and given a $100,000 fine.

The following season, the team orders ban was lifted. Massa, his confidence shot and his place within the team made well and truly clear, would never win another race in his F1 career.

As for the decision itself? Alonso came within four points of winning the title; had he done so it would surely have been by a similarly small margin, making those extra seven points from Hockenheim potentially extremely valuable. From a logic perspective, the call made total sense. From a human one, it was harsh to the extreme.

Birthdays
Georges Grignard (born 1905) started one race, the 1951 Spanish GP, where he qualified 16th and was running towards the back of the field when the engine in his Talbot-Lago failed. Gerry Ashmore (born 1936) started three races in a Lotus in 1961, with a best finish of 16th and last in the German GP.

As the son of a three-time F1 champion and someone who ran Lewis Hamilton very close for the GP2 championship in 2006, Nelson Piquet Jr (born 1985) had big things expected from him when he joined Renault in 2008. Unfortunately for him, he had Fernando Alonso as a teammate and, despite a few solid results (including a rather lucky second in the German GP), he was generally way off Alonso’s pace. Renault dropped him halfway through 2009, at which point it was revealed that the team had instructed him to crash on purpose in Singapore the previous year to help Alonso win the race. After dabbling in myriad other championships he joined Formula E, where he became the series’ inaugural champion. 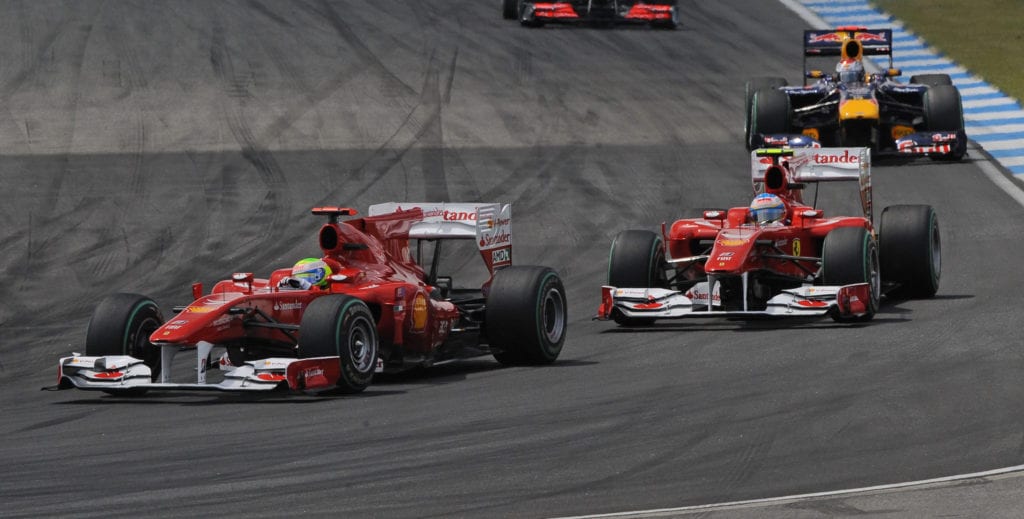