On This Day In F1 – Ferrari Had A Surprise Guest Test Driver – WTF1
Skip to content
×
Formula 1 , On This Day

News
An F1 front-runner in the 1970s and early 80s, Carlos Reutemann took five of his 12 grand prix victories at the wheel of a Ferrari and in 2004 was invited to the factory for a tour.

During his chats with the team, the idea popped up that he should have a go in the modern F2004 around Fiorano – and that’s exactly what happened.

The then-62-year-old Reutemann returned the next day, donned a helmet with his old colours on and completed 17 laps of the track, something he called “an unforgettable experience”.

“I want to thank Ferrari for organising this run. Even though it’s a holiday today and for allowing me to feel these emotions and I really had a lot of fun! The car is impressive, especially in terms of the power of the engine. It’s a whole new world compared to the cars I drove in my day. On the television, today’s Formula 1 car can look easy, but having tried it for myself, I can say that’s not the case!” 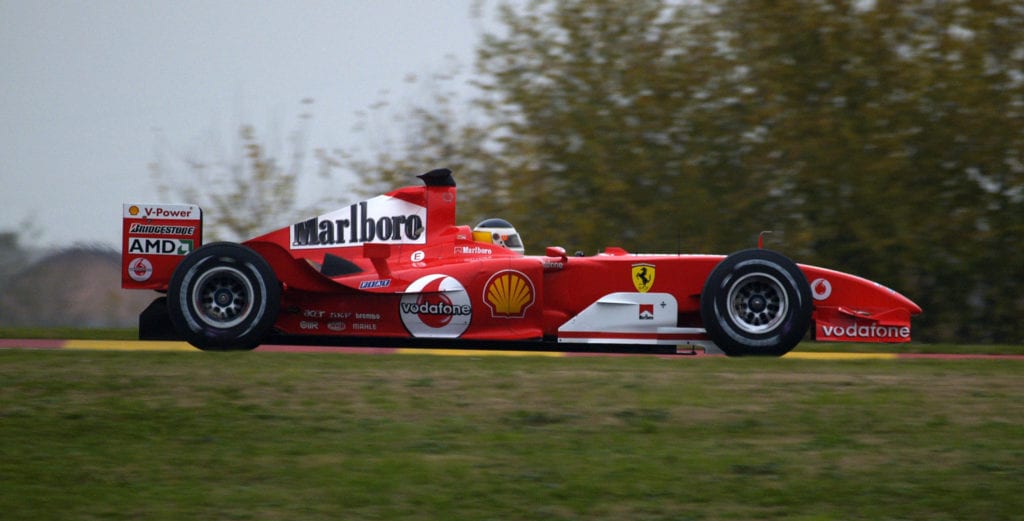